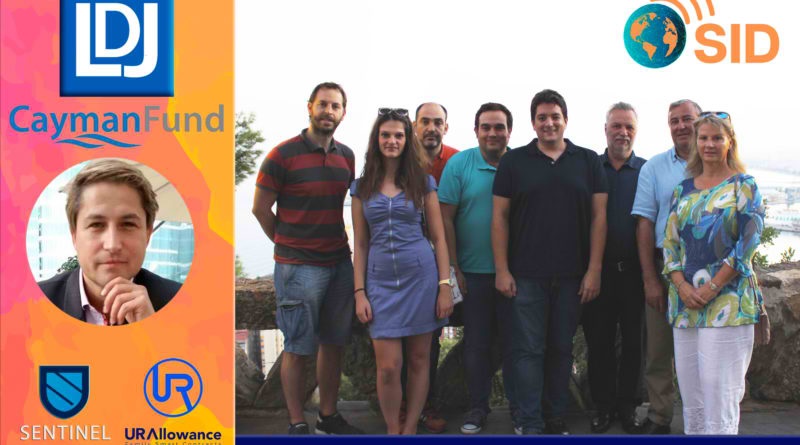 We cannot imagine places and communities that are not enjoying widespread digital connectivity. Being connected digitally is almost synonymous to having access to basic services from the government like water, electricity, and education. Hence, SID or Share Internet Data  aims to fill this huge gap among those with none to poor internet access by providing them free connectivity through the SID platform with the use of blockchain technology.

SID (Share Internet Data) is a peer-to-multi-peer decentralized internet-sharing platform that allows internet to be shared from one person’s android smartphone to another nearby device in an automated manner.

The key mission throughout the SID project is: “To lift as many people as possible out of poverty by giving the less fortunate a way to access the internet.” Future users will be able to get free internet access by obtaining tokens in exchange for consuming advertisement.

SID, whose token sale ends this December 2018, also has an excellently proven business use-case as demonstrated when used within the app of Dunkin Coffee, according to Jose Merino, Chairman and Co-founder of SID Limited. He shared more of his thoughts about this project that could herald the Age of Free Internet Access.

1. What problem is your ICO project addressing?

One of the key factors to ensure mass adoption of the “Share Internet Data” platform, or SID for short, is to incentivize them by paying them for the Megabytes of internet that they share through the platform. Although most people are quite happy to share internet they receive for free from public hotspots, they are a lot more reluctant to share their home Wi-Fi or their own mobile internet unless they are paid for it.

The average amount required for a user to read his chats and emails, excluding videos, is around 10 Megabytes. Competitive prices as a typical benchmark go around 1 Gigabyte for 1 EURO/1 USD. Therefore, to pay an SID user who shares his/her internet means to pay him/her 1 cent EURO /1 cent USD at the minimum. As there is no credit card company or bank that is willing to offer API access and make millions of transactions for that small amount (because their cost & margin is higher than the amount to be transferred) we offer our SID solution based on blockchain technology to make this possible.

2. What makes blockchain the ideal technology for solving this problem?

It’s not so much as blockchain being the ideal but rather the traditional financial systems are unable to cope with our requirement of millions of transactions in the order of magnitude of $1 cent, clearing it in a matter of seconds and making it available to the recipient account for a negligible cost.

Fortunately, for SID our due-diligence on Stellar passed with flying colors. The Stellar Blockchain provides more than sufficient capacity for many millions of transactions at a cost of roughly $1 cent per 100 thousand transactions and this consistently in a matter of seconds.  Note: Our own testing showed between 2 and 4 seconds.

3. Which key markets, industries or applications will benefit from the scalability of your technology or platform and how?

The SID market opportunity is massive, as it is combining both the smartphone and the Wi-Fi markets all in one.

Some market data: According to Statista, Smartphone numbers are outperforming public Wi-Fi hotspots by 5.3B to 0.279B meaning by more than 18 to 1. These figures clearly show the importance we give to Share Internet Data (SID) through smartphones as being the core of our SID platform technology accessed through our SID APPs and through our future commercial customers SDKs.

What SID technology is doing is enabling to add to the existing 279 Million current global public Wi-Fi hotspots a potential staggering 5.3 Billion moving hotspots on demand (meaning smartphones and tablets). That market opportunity already exists now in 2018 and is expected to keep on growing!

Add to that the fact that still to-date globally, around 4 Billion people still have no internet access. There is still 20% of the population without regular internet access in Europe and North-America, 53% in Asia and a staggering 65% in Africa. That in addition to the previous, shows the massive market potential: SID can carve a part out of these potential users and fulfill its mission to lift a certain segment of the 500 million people out of poverty through internet provisioning, provided sufficient funding can be raised and allocated in the coming years.

4. What makes ICO or ITO the best way to raise capital for your blockchain company?

Recently, the traditional investment community (VCs, Hedge Funds, individuals) have gotten a wealth of data from the last few years of ICOs/ITOs. Specifically, as to the statistics in success-rates from seed capital to MVP and additional capital from MVP to commercial product release.  Finally, in the last year seeing actual return from some of the commercially-released products to company growth and revenue creation. Obviously, the figures are not so different from when the VCs and Hedge Funds started decades ago, so they will come in slowly, most likely initially only into those that need growth funding. With ICO/ITO company failures also starting to kick in after the last boom years of ICOs/ITOs, it’s no surprise that most individual investors who lost a lot of their contributions value are spooked to say the least. This means a massive clean out will happen in companies seeking funding and the cream of the market will be taken on by VCs instead of individual investors.

As for SID specifically, we see that trend is already kicking in with LDJ Cayman Fund, a VC with ties to blockchain companies contributing into SID fundraising.

As a quote from a famous movie “Winter is coming!”, well… in the ICO/ITO space “Winter” has already arrived.  Those who can survive the current ICO/ITO bear market fundraising conditions will see the “Summer” bullish years to come.  Those currently in ICO/ITO process who will list on a token exchange throughout the first half of 2019, I believe many of those, might potentially ride the next wave of cryptocurrencies and tokens valuations growth cycle based on more solid foundations.

5. What is unique about your token or coin that will encourage mass adoption and why?

The Blockchain-enabled SID platform, powered by Stellar, aims to allow free internet access to all regardless if they can afford to pay for it or not. SID will, in future, enable users to consume advertisements and earn SID tokens. Imagine getting paid for using the internet!

The SID micropayment system that is based on the Stellar Blockchain will have the ability to conclude transactions between SID App users, in a matter of seconds, taking future mobile e-commerce to the mobile phone of SID users.

This technology has the potential to shake-up the existing telecommunications industry as it converts each mobile user into a potential internet source for other SID users.

SID platform users will be able to sell excess bandwidth to others on the SID platform and can open the electronic e-commerce even further. This will truly provide the citizen of the world with the ability to enjoy their basic human right of access to the internet, reduce global poverty, and reduce the digital divide.

6. What is the main challenge your platform is facing right now?

One of the challenges for long term success is ensuring that the SID platform becomes technology-agnostic which means the least dependent on 3rd party technology. One dependency that will always remain is that of Android and iOS operating systems.  It is in end-users’ hands for more than 95% of all smartphones and tablets worldwide and likely to continue for quite some time. SID blockchain technology is aiming to have a clear system interface between the blockchain part of the platform currently being Stellar and the rest of the SID platform meaning the utility art of the platform.

This means that if in the future a different significantly better blockchain technology would come along, a change of back-end interfacing from one blockchain to another means that tokens need to swap from one blockchain to another but other than that, SID users would not notice it from a user interface (utility) point of view. This last would convert a technical matter into a marketing matter. Our aim is that Users can understand SID without having any or very limited knowledge of blockchain technology.

7. What is the biggest win that your team has achieved so far?

The first win was in the summer 2017 when we demonstrated the “proof of principle” (known as MVP in this industry).  Proving to ourselves that the core technology described in the 1st pending patent truly worked. By far the biggest win was the completion of our 3rd party project with Dunkin Coffee thus having a major 3rd party brand validating our core technology with our SID – SDK inside their APP in commercial release to all their users.  We are also absolutely delighted that some of the most prominent experts in tech and ICO space have agreed to join our Board of Advisors. I see this as a commitment to our technology and overall mission: To bring a certain segment of the 500 million people out of poverty through internet provisioning, in other words, gives them access to education.

8. What is the best advice you have received from one or more of your advisors and why?

When measuring the best advice with the most impact to the team, this was the best one: “In current market conditions lower your short term fundraising expectation without lowering your long term company expectations!” This way of thinking had a massive impact on our resource focus. Instead of focusing on Hard-Cap that in these market conditions is not realistic to achieve, focus on using the Mid-Cap as the new Hard-Cap target. Then re-focus on achieving the same long term goals with less short term funding (crypto/fiat) through partnerships with other ICO/ITO companies. That strategy will ensure that SID can be funded for the long term over the next 2 years, instead of trying to raise those long term funds in a matter of months which was the norm until recently in ICOs/ITOs. By doing so, we gained 2 years of time to achieve long term success. This strategic move in no way compromised the company’s long term targets.

It was an eye opener and proves that the right advice from experienced industry advisors can have a powerful impact.