Will Bitcoin go into mainstream? 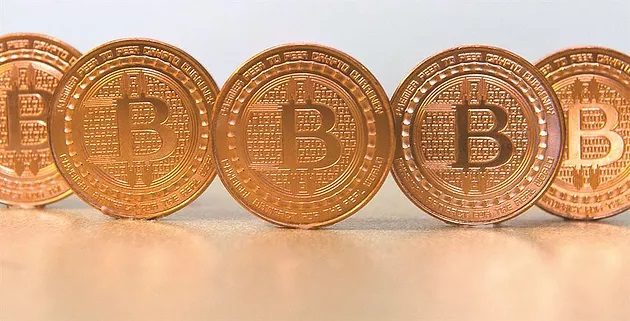 Debate rages on but listing adds legitimacy to digital coins

Bitcoin is back on an upswing as its futures trading has begun in Chicago, and some investors believe this could signal Bitcoin’s move toward the mainstream. Despite many warnings of a bubble, investors at home and abroad are still betting on the leading digital currency. The Korea Times interviewed three market experts to get their opinion on the digital coin’s listing on the futures exchange and to look at the future course of Bitcoin and other digital currencies. The three were David Drake, chairman of The Soho Loft and LDJ Capital, a New York City-based family office that invests in Bitcoin for clients; Alicia Garcia-Herrero, Asia-Pacific chief economist at Natixis; and Mauro Guillen, director of the Lauder Institute at the University of Pennsylvania’s Wharton School. The following discussion has been reconstituted based on separate interviews conducted through phone calls and email from Dec. 4 to Dec. 11. ? ED.

Q: Do you think that the Bitcoin market is in a bubble? If so, do you expect the bubble will burst anytime soon?

David Drake: I don’t think the cryptocurrency market is in a bubble. I believe that Bitcoin will continue on an upward spiral. It will become a new asset class and a new tool for payments.

Alicia Garcia-Herrero: In narrow terms, I think it is a bubble since fiat money should not increase its price but it reflects the general interest for blockchain technology.

Mauro Guillen: It has all of the features of a bubble. Bitcoins are limited in their use as payment methods, but they are in high demand because of novelty and anticipation that in the future they might be important. It is not normal for a currency of any kind to gain in value so much so quickly. It is hard to predict the exact timing of when a bubble will burst but I don’t think it will take more than a couple of years.

Q: Many people still believe that digital tokens do not function as payment tools and remain as subjects of speculation. Do you think cryptocurrencies should be considered as legitimate currency?

Guillen: Any currency can be used but it has to be trustworthy and convenient. I don’t think Bitcoin meets those criteria yet. Bitcoin is an investment in an asset whose value depends on supply and demand. Unlike a bond or a stock, it does not offer a yield. So the whole return depends on the potential capital gain. I think that buying a Bitcoin is a speculative investment, the same way that tulips once were.

Drake: Over 16 U.S. lawsuits are all challenging on what the definition of this asset class is and one thing that is common with all of them is that they do not agree. These are growing pains for a new industry to be set up. Bitcoin was created as an autonomous immutable limited currency and has now evolved into a speculative exchange-traded commodity or currency.

Drake: PriceWaterouseCoopers’ Hong Kong offices announced that they’d started receiving payments for their accountancy services in Bitcoin. In the next 12 months, all leading services industries will indisputably have to catch up with the mainstream and take cryptocurrency payments.

Q: Bitcoin futures trading has begun on the CBOE exchange in Chicago for the first time. What are the implications of the listing?

Drake: Investors can now hedge against the potential Bitcoin fallout by buying futures against their holdings. I expect a lot of cryptocurrency hedge funds will start using futures to offset some of their investment and potentially to leverage downside exposure with a profit-making strategy.

Guillen: Market participants will now have more information about Bitcoin in terms of what investors believe it is worth now and what it will be worth in the future. It is a way of opening the black box as to what people think Bitcoin is really worth as a store of value, that is, as an asset.

Garcia-Herrero: The listing is a step that adds more legitimacy to Bitcoin and the cryptocurrency market. Businesses will be more enabled to accept payments in Bitcoin and hedge against a price drop.

Drake: A lot of people thought there would be a lot of shortening of Bitcoin at the outset but instead Bitcoin has increased in value and we are bullish on Bitcoin.

Guillen: As long as its price is volatile and goes up, it will not be a good option for making payments or for borrowing. Who would want to borrow in Bitcoin, having to make payments with a currency that could be more expensive in the future. Initially, a boost of confidence and hence the price increases. But there is also the issue of volatility. Bitcoin goes up and down by double digit rates. Hopefully the futures market will help stabilize its value.

Garcia-Herrero: My view is that the price may still increase, until another cryptocurrency with greater utility starts to gain attention. This is not to say that there won’t be periods of irrational exuberance, as we are now seeing in Bitcoin. Official cryptocurrencies will of course be a major threat although their function will be different _ not for speculation but rather for stability in their function as stores of value.

Q: Bitcoin’s introduction at the CBOE has been seen by some as a step towards legitimizing the currency. What’s your take on such a view?

Guillen: It is something that lends credibility to the currency. But, once again, Bitcoin today is primarily a security a person can buy. It is not a widely accepted form of payment. It is a security that, unlike bonds or equity shares, does not yield interest or dividends.

Drake: Institutions can finally enter the market with capital from asset managers and registered investment advisors as well as broker-dealers and institutions. In addition this gives Wall Street exposure to the currency and legitimizes it as a new Cryptographic Asset class. It is rare to see a new asset class evolve and the futures have now made this mass-market acceptable by Wall Street

Garcia-Herrero: In a nutshell, it’s another door opened for the legitimization of other cryptocurrencies.

Q: China shut down cryptocurrency exchanges, and South Korea is moving to regulate decentralized virtual currencies. What do you think of financial regulators’ attempts to control the digital coin market? If regulations are necessary, what kind of measures or guidelines should be introduced?

Guillen: I think that totally forbidding cryptocurrencies is not good, unless there is fraud. It is better to continue experimenting with it, and to encourage innovation. Regulations, though, are necessary to avoid abuses.

Garcia-Herrero: The central bank which is closest to launching an official cryptocurrency is the People’s Bank of China (PBOC). This, in my opinion, explains why Korea and China are reacting differently to Bitcoin. PBOC wants to make space and find support for its own official currency and does not want contagion from Bitcoin.

In other words, PBOC does not want its future official cryptocurrency to be compared to Bitcoin, which explains their actions to discourage investment in Bitcoin in China. Avoiding problems with Bitcoin to affect the perception of their future cryptocurrency is thus key for Chinese regulators. Korea, instead, is not pursuing that goal. This means that Bitcoin can be looked at purely as an investment instrument.

Drake: Enforcing the U.S. Jumpstart Our Business Startups (JOBS) Act and the Securities and Exchange Commission (SEC) regulation through a special taskforce at the SEC, who’s hundred person team is guiding it. New regulations are evolving to give this new asset class guidance.

Q: William Dudley, president of the Federal Reserve Bank of New York, said that the U.S. Federal Reserve is beginning to think about establishing its own digital currency. What do you think of such a move?

Garcia-Herrero: As official cryptocurrencies appear, private ones will suffer, particular if their price has increased so much above their original value, which is the case with Bitcoin. In other words, the value of Bitcoin will purely be determined by speculation as more stable currencies with official, central bank back-up appear. If the U.S. Federal Reserve issues an official cryptocurrency, this will be even more true.

David Drake: All the banks are using blockchain to be able to track and perform the audit of all of their transactions. All the banks are in it internally, and for the Federal Reserve, this will allow them more transparency and governance. The blockchain software is indisputably a smart utility at the very least.

Alicia Garcia-Herrero
“The central bank which is closest to launching an official cryptocurrency is the People’s Bank of China.”

Mauro Guillen
“I think that buying Bitcoin is a speculative investment, the same way that tulips once were.”