Will 2018 be the Year that Bitcoin Cedes the Crypto Crown? 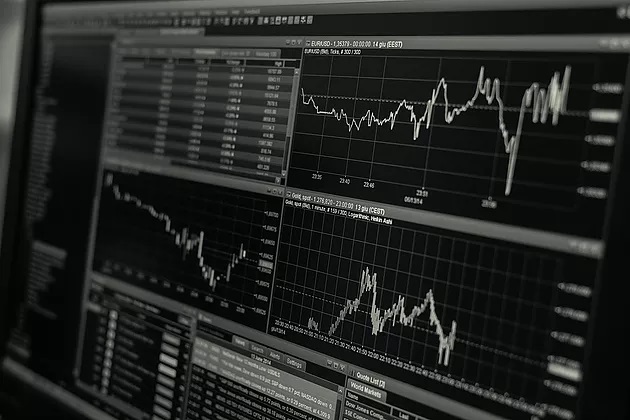 Bitcoin has consistently held the number one position in the cryptocurrency market with a high of $19,783.06 in price and a market capitalization of $327 billion on December 17, 2017. However, since the turn of the year, Bitcoin has recorded a steady decline in price.

“That is always a possibility. We know that the Bitcoin Cash crowd are vying for the title and have taken active measures to overtake Bitcoin. We know that lightning is coming with promised upgrades in speed and transaction fees. For 2018, Bitcoin will remain king and should be able to stave off further attacks on its public standing,” notes Roman Guelfi-Gibbs, CEO of Pinnacle Brilliance.

Susanne Tarkowski Tempelhof, CEO of Bitnation, also thinks Bitcoin will continue to lead the pack but doesn’t rule out the possibility of another currency taking the crown.

“There are different types of currencies and coins, Bitcoin has become the de facto crypto reserve currency. Thus Bitcoin will not go away, but other currencies with special features will experience growth which may outpace Bitcoin this year,’’ she says.

The rising market value of digital assets could be a sign that Bitcoin is losing its grip as the leading cryptocurrency. At the time of writing this article, the total market capitalization for digital currencies stood at $507 billion. With a market capitalization of $194 billion, Bitcoin currently controls nearly 38% of the market value. This represents more than a 50% drop from the 90% it controlled around the same time last year.

According to Tempelhof, Bitcoin could face competition from other smaller currencies, as Dash and Monero as the year progresses.

“Other currencies with special features such as the privacy centric Dash and Monero coins will experience growth which may outpace Bitcoin this year, and we will see a rise in the use and value of utility tokens that power developer platforms and end user applications, such as Ethereum and Bitnation’s PAT,” she adds.

Technological advancements have enabled blockchain platforms, such as Ethereum, to offer value to users through better functionality including faster processing speeds and lower fees. According to Dr. Axel Schumacher, CEO & Co-Founder of Shivom, such platforms will become more attractive to conservative investors.

He says,“Those somewhat conservative investors will primarily target cryptocurrencies that can prove to add value to an ecosystem, particularly currencies with utility value (functionality) and those based on next-generation distributed ledger technologies that ultimately address critical issues of usability, scalability, interoperability, and governance.”

Besides functionality, blockchain platforms that are able to create self-sustaining ecosystems are likely to carry the load and come out as winners.

Whether there is huge potential for new cryptocurrencies to grow, depends highly on their ability to incorporate payment services to their systems. It’s expected that once institutional investors enter the cryptomarket, the growth of alternative currencies will be accelerated significantly. The rising uptake of other smaller cryptocurrencies could also shift attention from Bitcoin due to low pricing.

“Some cryptos will surge due to a new wave of institutional funds that are set to enter the cryptocurrency market this year. Some coins still have cheap entry levels, and if institutional investors decide to jump into the market in 2018, they will get a boost,” Schumacher adds.

Even so, it is cryptocurrencies that put in place good, technically sound, trustworthy governance structures that will sustain institutional investor interest.

Rufo Guerresch, CEO of Trustless.ai, says, “Leading crypto-assets will remain as speculative assets until an existing or a new currency enacts governance similar to the national central bank, to provide a comparable, trustworthy, technically and politically-resilient function in controlling short and long-term volatility. Since it is hard to undo bad, engrained existing governance, it most likely will be a new play.”