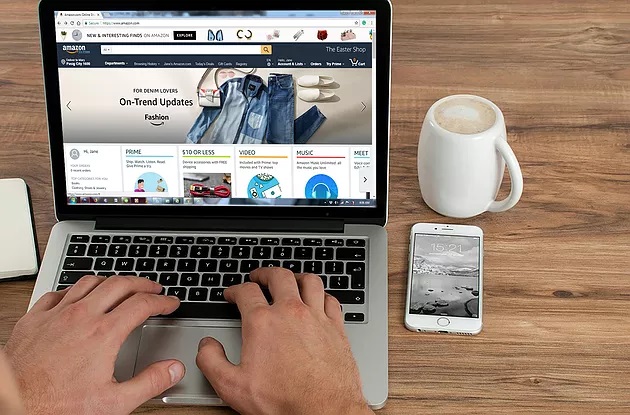 Blockchain, the technology behind cryptocurrencies, has been hailed for its ability to increase efficiency in businesses. Recently, Walmart announced plans to use the technology after successfully piloting it in partnership with International Business Machines (IBM) corporation.

But it is not just Walmart that is keen on utilizing blockchain. e-Commerce giant, Amazon has moved to launch AWS blockchain templates that give users pre-set frameworks, enabling them to create projects for their businesses with each.

According to Luis Manuel Lopez, the General Coordinator at Workchain Centers, blockchain initiatives by Walmart and Amazon will affect the industry positively.

He says, “Having started in a pure and theoretical technological world, blockchain has come second place in applications that make our life more comfortable, including assembly lines, traceability of objects, or in the case of Walmart the food chain, more transparent and simple. We are facing the beginning of a revolution that will change our way of doing business, buying food, curing our illnesses. And this will come sooner or later because it takes time, but it will come, sure.”

On his part, Juan Imaz, founder and CEO of Profede, thinks adoption of blockchain by Amazon and Walmart shows the importance of the technology to businesses.

He says, “The recent addition of blockchain technology to the retail giants, Amazon and Walmart, is proof of its importance and proliferation. The latest developments are the first of many to pave way for projects that will efficiently and significantly impact the future.”

As the number of mainstream companies that embrace blockchain technology increases, there has been talk of a blockchain revolution waiting to happen.

As industry leaders, the moves taken by Amazon and Walmart are not surprising according to Vadim Kurochkin view, CEO of Soundeon. As the technology is brought to the mainstream, research and development projects will reap the benefits as there will be increased activity in the space.

He says, “Walmart’s and Amazon’s engagement with blockchain technology exemplifies use-cases where this technology has proven to be effective in its own manner, just like Soundeon has for the music business. These developments are hardly surprising, industry giants and tech innovators alike have been developing and patenting blockchain technologies for years now. As this technology is brought to mass-market, we foresee a robust merger and acquisition activity within the sector. Hence, early crypto-investors in successful, research and development driven projects will reap the benefits.”

This is could trigger a revolution in the cryptocurrency industry as more giant corporations explore the use of blockchain technology. Ultimately, this will change how the world works.

“The cryptocurrency industry is likely to see a revolution in the near future across different industries, with the addition of giants adding, evaluating and planning to use blockchain which will change how the world works,” Imaz adds.