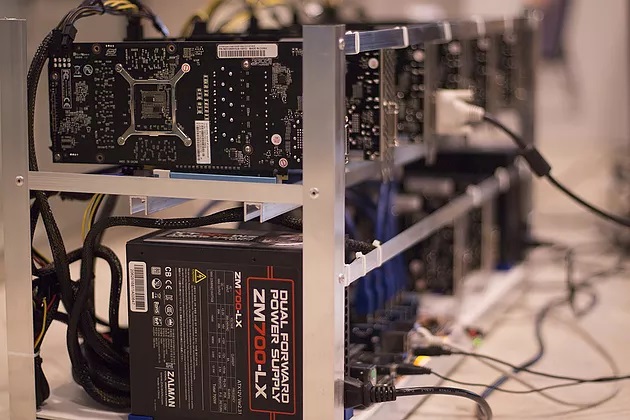 The head of the International Monetary Fund (IMF), Christine Lagarde, has termed crypto regulations as ‘inevitable’. Speaking on a CNNMoney interview on February 11, 2018, the IMF chief stated that the international organization is concerned with the potential of cryptocurrencies have to finance illegal financial activities. This is not the first time Lagarde has raised concerns regarding the use of virtual currencies to propagate financial crimes across borders.

During the World Economic Forum in Switzerland last month, the IMF chief raised similar concerns alongside global leaders such as France President, Emmanuel Macron, UK Prime Minister, Theresa May, and US Treasury Secretary, Steven Mnuchin. Increasingly, governments seem to agree on the need for concerted regulation efforts this year.

“2018 is measuring up to be the year of regulation for crypto with multiple governments setting up committees and promising to look into the cryptocurrency. Expect to see more public advisements and preliminary regulations to follow,” says Roman Guelfi-Gibbs, CEO and Lead Systems Designer at Pinnacle Brilliance.

Cryptocurrency players seem to agree that regulations are necessary to create linkage between crypto and fiat markets.

“We are in favor of the introduction of regulation in the sector. The Blockchain system increases transparency and trust regarding transactions, but it is also necessary to control the channels that connect the crypto market with the fiat market. We have been in the business from a few months and we think that a clear and light regulation would make the market more trustworthy, eliminating scam projects and opportunists,” notes Alessandro Cadoni, co-founder of Friendz.io.

He says, “Regulation is coming everywhere and much sooner than traders were expecting. It is welcome to protect investors and form more stable markets. Regulation and professionalism in markets do not drive price, participation and volume do. If regulations open the market then more people can safely participate in good quality.”

Regulation of cryptocurrencies is a double-edged sword. According to Wealthman CEO, Andrei Huseu, governments will have to strike a balance between allowing cryptocurrency to form part of the global economy and preventing it from having an impact on monetary policy.

He says, “Regulation of Bitcoin has two sides. For one, authorities are left with no option but to let Bitcoin become part of the global economy at some point. On the other hand, they must try their utmost not to let it affect the monetary policy and courts’ activities, both of which are the embodiments of governmental power. Negotiations on establishment of regulatory measures and the consequent involvement of Bitcoin in civil money circulation fortify the cryptocurrency, but it is yet to withstand the more menacing threat of high transaction fees. The network will nonetheless remain secure regardless of this and be able to preserve its circle of admirers and users, thanks to its proven safety rate. If some hard fork adopts best safety practices of this cryptocurrency and sets lower transaction fee, Bitcoin, with safety being its only forte, will be left behind.”

As Germany and France push for crypto regulation discussions during the upcoming G20 summit in Argentina, there are questions on how much influence Europe has on cryptocurrency trading.

“Europe has a much lower volume of total Bitcoin business and trade, it does not influence the Bitcoin trade pricing like Asia. But Europe has much more banking money. Luxembourg, Switzerland and Britain have major participation that makes a big influence. Regulations from first the world’s powerful financial markets need to be watched as G20 countries tend to engage in similar regulation and tax fashion. As for France, I don’t see them as a leader in crypto anything. Maybe we are all missing something in our Croissants. Germany however is different. They have had major impact on global financial markets and do have the power to manipulate the Euro already. So they could attempt to curb activity on Bitcoin as well via institutional trading,” notes Marchesello.