Why Corporates are Exploring Practical Applications of Blockchain in Business 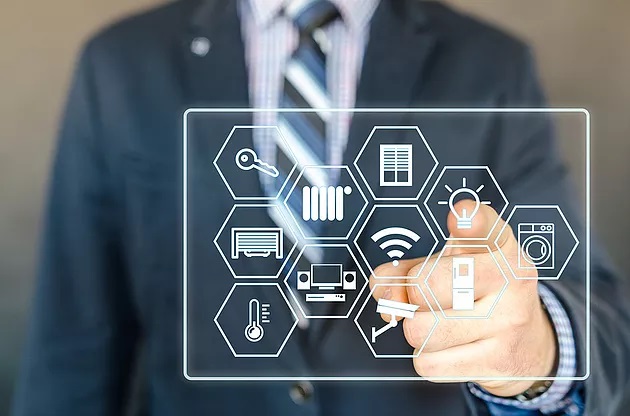 A new Deloitte survey presented at the Consensus 2018 Annual Conference in New York City shows that an increasing number of major companies are now exploring the application potential of blockchain technology in business.

According to the survey, 74% of major companies across seven countries are shifting their momentum to blockchain technology and its practical application in business. It is expected that the rising uptake of blockchain by corporations will boost growth of its application in various industries in future.

While the application of blockchain technology cuts across every sector, there are industries that are likely to benefit more than others.

Nick Machulis, CEO of TransCrypt says,“We believe that the main areas of development of the blockchain will be finance and banking, Information Technology, and the game development industry. In all these areas, blockchain technology will realize all its advantages: the speed of solving problems with minimal human participation, transparency and simple monetization. In our view, companies such as Sberbank, Microsoft and UBI Soft will benefit more from implementing blockchain technology.”

According to Tali Rezun, DBA, founder of 4th Pillar, companies that utilize this technology are likely to be running global operations, citing the Unicredit bank as an example of a company that uses some form of token for cross border value transfer.

He says, “Distributed ledger technology and its blockchain variables are used in corporations already on a global scale, mostly in the banking sector. The remittance bank industry charges up to 20% for cross border transfer and it takes up to 10 days for the funds to arrive. The poorer the county, the bigger the percentage.”

In terms of lowering the cost of transferring funds, Rezun adds, “There are companies like Abra active now that offer blockchain cross border value transaction for a 2% fee and it takes an hour to process the transaction. Let’s look at music royalties, where blockchain transparent, ledger model can solve all the problems, there is a company called Mycelia that solves the royalty issues and fights for transparency in the music business. These are just some examples that are emerging from the new world of DLT, there are more coming out every day.”

For many players in the cryptocurrency space, blockchain not only has high potential but also presents numerous business opportunities.

He says, “Blockchain technology shows promise beyond cryptocurrencies and Blockchain Investment Group has established partnerships with fintech firms to develop the applications of blockchains in capital markets.

Ringgold notes that blockchain along with self-executing smart contracts will help create “compelling opportunities in derivatives markets, which are typically beset by numerous intermediaries such as the NYSE or the CME.”

He further explains that his firm, BlockVest is working to radically change the current market infrastructure using a decentralized model called Nvestnode.

“This model involves decentralizing the maintenance of the transaction ledger and delegating the task to users on its network with active Nvestnodes. Blockchains and smart contracts can fix capital market inefficiencies and slash the costs of derivatives trading, but two years since such promises came in vogue, a foundational issue has yet to be ironed out,” he says.