Why Fintech is Proving to be a Profit Solution for Corporations 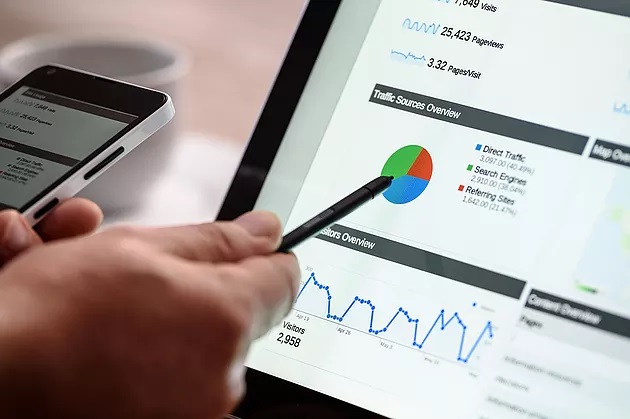 Corporations are now seeing a compelling business case for blockchain, a survey by Deloitte shows. During the Consensus event in New York last month, Deloitte presented findings that show a notable shift in momentum towards blockchain.

Large companies are now exploring the potential of this dynamic technology to build practical business applications. The findings show that many global firms plan to move forward with blockchain. Some of them already have the technology in place while others aim to launch their applications by next year.

For Reginald Ringgold, founder of BlockVest Decentralized Exchange & Index Fund, standardization is important to avoid corporations from squandering their money.

“Before banks and traders can rely on a distributed ledger technology as the vaunted “single record of truth,” there first needs to be better standardization. Yet as it stands, they use a hodgepodge of data structures and formats to track the life cycle of trades. However, simply put, without a common platform, there’s not much to gain from big institutions within capital markets that are spending enormous amounts of money in Capex to upgrade their current systems to implement a common distributed ledger,” he says.

He further notes, “Wall Streets blockchain evangelists are banking on a broader industry effort to harmonize the way data is presented and reported, regardless of the platform used. This is known as the common domain model (CDM). It was proposed by the International Swaps and Derivatives Association (ISDA) in May of last year and has the support of blockchain tech startups such as R3, Axoni and BlockVest.”

Compared to the 2017 Deloitte survey where almost 40% of those surveyed have inadequate or no knowledge of blockchain at all, corporations are no longer taking a “backseat mindset” towards this decentralized ecosystem.

This rising interest on blockchain technology among corporates is perhaps the biggest sign of an impending adoption upsurge according to Chris Butler, President and co-founder of URAllowance, LLC.

He says, “The advantages of blockchain incorporation are impossible to deny. Blockchain has a proven tendency to urge people to work together. It seems to have a similar effect on big corporations.”

Highlighting examples, Butler continues to say, “The R3 consortium was started back in 2015 by the world’s largest financial institutions (J.P. Morgan, Goldman Sachs, BofA, just to name a few) for the purpose of remedying the frictions in the financial industry caused by generations of misinformation and disagreeing ledgers. Since it started, over 200 companies and corporations from the financial industry have joined from all over the world.”

On his part, Guseynov believes corporations are now seeing the perks of investing in blockchain.

He says, “Proper implementation of blockchain technology across large corporates is gaining recognition as lucrative for business. Indeed, decentralized ledger technology has the potential to increase ownership verifiability, transparency, and automation – all favorably impacting a company’s bottom line. In turn, the advancement of distributed ledger technology by large corporations is likely to result in favorable spillover effects on the cryptocurrency industry. This is largely due to the institutionalization and mainstream adoption of both, blockchain as the technology and cryptocurrency as its mechanism.”

With the continuous influx of innovations and a more pragmatic approach by companies on blockchain, it is highly likely that this revolutionary technology will eventually be a norm for businesses.