What does South Korea’s Stance Portend for the Emerging Fintech Market? 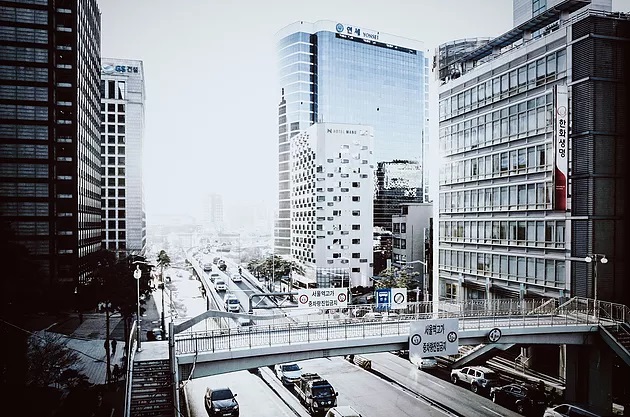 After taking a series of hostile actions against the crypto market, South Korea’s Financial Services Commission (FSC) has declared that it does not oppose cryptocurrencies.

For many people, this statement comes as a surprise considering that early this year, the regulatory authority launched a massive crackdown on crypto exchanges, shutting down a number of them, and even called for an initial coin offering (ICO) ban in the country.

Across the globe, ICOs have gained popularity, raising upto to $13.7 billion in just five months of 2018 which more than double the amount raised in the whole of 2017. Some of the blockchain-backed ICO ideas that address real problems across sectors include IOU that provides consumer satisfaction solutions, Bitque in the decentralized system space and OptDyn in the cloud computing space.

In the banking sector, Bank52 is improving collaboration and networking while in the social space, URAllowance is changing the way parents and children interact. In investing, AnthemGold is revolutionizing the way people trade precious metals while BlockVest is making it easy for investors to manage their digital asset portfolios.

To a large extent, South Korea’s crackdown on cryptocurrencies was warranted at the time. According to Maverick Barona, CTO at Playfold, a lot was at stake considering the situation in the industry.

He says, “The hype train peaked after the cost of performing transactions on cryptocurrency protocols vastly exceeded the value which could be returned. The massive introduction of speculators looking to collect their fortunes and Ferraris had created a volatile market of massively inflated price, considering the limitations of the network volume, non-existent services and risk to security. When millions can be locked up by a single bug written by a Jr. Developer, there’s a lot at stake and many great unknowns to be wary of.”

The stance by FSC seems to have been motivated by South Korea’s Central Bank announcement that cryptocurrencies do not pose significant risk to the economy. The bank indicated that, by the end of 2017, cryptocurrency balances only represented 8%, which is $1.79 billion of the total deposits in domestic banks.

Based on these statistics, the bank concluded that the risk that cryptocurrencies pose to the country’s financial market is negligible.

Being a member of the G20 summit, the FSC affirmed its commitment to implement the resolutions made by the summit regarding crypto cross border regulations in March of this year. South Korea is a trailblazer in cryptocurrencies, and this announcement is expected to cause a strong wave in the crypto world, influencing decisions by other countries.

According to Jess Davis, CEO at Uberstate, the announcement by South Korean authorities holds great significance in the crypto world and signals an impending growth of cryptocurrencies globally.

He says, “The significance of Korea and outlying G20 countries support mean that there is impending acceptance of Blockchain as a technology and medium of exchange. Currently countries and banks are putting in place the global infrastructure to connect all countries on similar payment systems and find the highest and best uses for distributed immutable ledger technology.”

On his part, NDN Group CEO, Andy Ann, sees South Korea’s move as one that sets the stage for digital currencies to flourish.

Ann says, “South Korea is now loosening its grip on the industry and allowing cryptocurrencies to flourish again. In regards to what this means for the global market, it’s great news. South Korea is like a trailblazer and can set an example for other countries.”

Ann goes ahead to highlight the role of regulation in improving cryptocurrency adoption.

He adds, “Having legitimate regulations is actually beneficial to the cryptocurrency industry because such actions clear up a lot of the ambiguity that scares investors from participating in ICOs. I expect more countries to make similar decisions not only in the coming months but also in the coming years. Cryptocurrencies are here to stay, once the guidelines are set, things will really begin to take off.”