What Do SEC’s Subpoenas Really Mean for the US Financial Market? 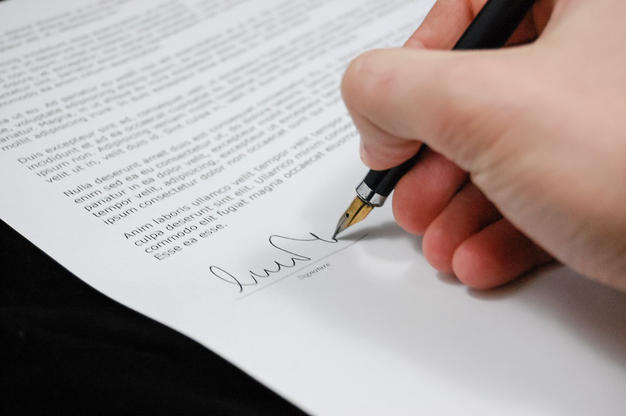 Coin offerings have proven popular among companies that aim at crowdsourcing funds for blockchain-backed projects. According to icodata, about $6 billion was raised in 2017 through initial coin offerings (ICOs). This year, funds raised through ICOs is likely to be higher since as of March 4, 2018 companies in the cryptocurrency industry had already raised $2.7 billion.

On 28th February 2018, the crypto market received shocking news after the  U.S Securities and Exchange Commision (SEC) issued subpoenas to at least 89 ICO companies. According to the Wall Street Journal, companies that received subpoenas are required to serve the agency with information about their ICOs.

Some players in the cryptocurrency space feel that the SEC’s decision to issue subpoenas to ICO companies as valid.

Andrew Hacker, founder and CEO of the Thought Network, says, “The SEC needs to stay true to its mission of protecting investors and ensuring that legitimate companies follow disclosure best practices while shutting down scams. The latest round of information gathering will help the SEC better understand the fast moving cryptocurrency space and better equip the agency to define appropriate regulation where it is required.”

This opinion is also shared by Shashank Uduba, COO of Enkidu who says, “SEC is doing the right thing. To protect investors from potential scams that ICOs can orchestrate, SEC is taking action to provide transparency to the general public.”

But there are rising concerns in the way the SEC is regulating ICOs. According to Jameel Shariff, CEO and Council Member of P2PS, this move could become counterproductive.

He says, “Instead of trying to stop the ball that has picked up phenomenal speed from rolling, the SEC would be better off trying to regulate it in a manner that is not destructive to creativity or hinder all the positive changes that decentralization is ushering in.”

On the other hand, Pinnacle Brilliance CEO, Roman Guelfi-Gibbs feels that SEC’s move could be interfering with the freedom that the cryptocurrency space has enjoyed so far.

He says, “Any time the SEC enters the crypto sector it does not bode well for the continued freedom that we have experienced up to now. It’s inevitable that the government will enter the crypto market to regulate it as we’ve seen recently. Regardless of the crypto community’s desire to self-regulate, governments are focused on the sector and that won’t change. Just as it is said that crypto isn’t going away, so too, the government isn’t going to lose interest in regulating crypto. Let’s just hope that they approach it with an open mind rather than heavy handed ignorance. Above all, crypto should be given enough freedom to encourage continued innovation.”

For ICO companies that have already been subpoenaed, the first step in handling the situation is to contact their legal counsel to understand the summons.

“Call your lawyer immediately. This is a must,” William Skelly, co-founder of William Chris, a Dubai-based consulting firm advises.

According to Skelley, the reason why companies get summons from the regulator are two-fold.

“The SEC typically sends a subpoena for one of two reasons,  you are either a direct target of a new or ongoing investigation or you are involved somehow with an entity or individual that is under investigation. Most SEC subpoenas will clearly state this and violation of that request is a serious charge,” he says.

Part of SEC’s mandate is to regulate and prosecute fraud in the securities market and full cooperation with the SEC throughout the investigation is recommended.

“It is important to not freak out and most importantly, not to delete any emails or records you may have. A quick and open response while working with the SEC is the best way to cooperate,” Skelley adds.

Maintaining transparent dealings is critical for ICO companies that want to operate in the US market with attracting the attention of the SEC.

“The best way to avoid a subpoena is to keep all ICO related information transparent. If you have nothing to hide, the possibility of being questioned doesn’t even come into the picture. You are either asked to produce documents as legal confirmations or testify in a hearing, depending on the situation,” Uduba says.

On his part, Shariff advises ICO companies to use secure platforms and educate their ICO participants.

He says, “Encourage ICO participants to use secure, interference-free platforms for their digital transactions in addition and provide them with guidelines on how they can educate themselves in relevant aspects of the industry including associated risks and ways of mitigating those risks. Mitigation strategies could include, but may not be limited to, dealing with attempts by hackers to steal their cryptocurrencies or tokens.”