What are the Implications of SEC Subpoenas on ICO Startups? 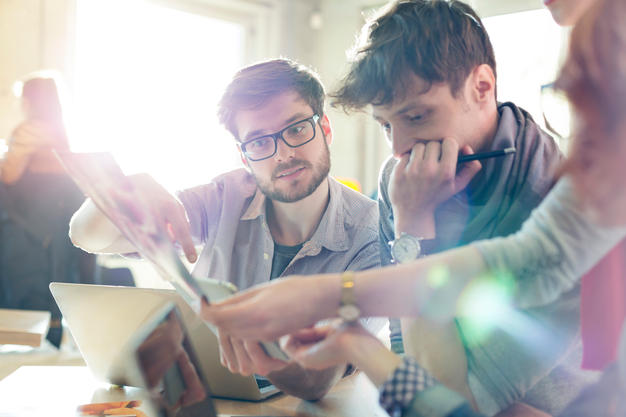 According to Autonomous Next, over $5 billion was raised through ICOs last year. The SEC has raised concerns over ICOs raising funds for nonexistent business projects through the use of Simple Agreement for Future Tokens (SAFT), when most small investors are not aware of the risks involved.

According to Roman Guelfi-Gibbs, CEO of Pinnacle Brilliance, SEC subpoenas are a sign of more cryptocurrency regulation.

He says, “Any time the SEC enters the crypto sector it does not bode well for the continued freedom that we have experienced up to now. It’s inevitable that the government will enter the crypto market to regulate it as we’ve seen recently.”

This is not the first time the regulator is cracking down on companies that are utilizing the crowdsourcing space.

William Skelly, co-founder of William Chris, a Dubai-based consulting firm says, “The SEC did the same thing in the crowdfunding industry when I was the CEO of iFunding, one of the largest real estate crowdfunding platforms. At the end of the day, the SEC is there to protect investors and companies that receive subpoenas should work with them to provide all the information they are seeking to ensure there is no wrongdoing.”

Jay Clayton, SEC Chairman, has persistently urged ICOs to register with the regulatory agency in recent months. According to him, trading of coins or tokens happens in  secondary markets, just like any other securities that the SEC regulates.

However, the fact that regulation specific to ICOs does not existent causes most developers to rely on attorneys for guidance. As a result, many ICOs fail to register with the SEC and others opt to venture offshore to avoid legal implications.

Mohd Al-Shazanous, CEO/CFO and co-founder of Hada DBank, says, “You can’t avoid getting SEC’s subpoena as long as you are conducting your ICO in US. As a federal body, they have a right to serve anybody nationwide, unlike other states that are limited to geographical jurisdiction limitation.”

Getting a subpoena from the SEC is an indication that a company is under investigation, or that you could be a witness required to provide relevant information.

Skelley says, “The SEC typically sends a subpoena for one of two reasons,  you are either a direct target of a new or ongoing investigation or you are involved somehow with an entity or individual that is under investigation. Most SEC subpoenas will clearly state this and violation of that request is a serious charge.”

According to Al-Shazanous, any company that gets a subpoena should first contact their lawyer.

He says, “SEC subpoena will require you to either produce documents or testimony, or both. Only after you respond or testify that SEC will determine the course of action, either to formally charge you based on what you’ve said or given, or may not pursue any course of action”.

Presenting any evidence to the SEC without the guidance of a qualified attorney is dangerous because that evidence could be used against a company, even though it may appear harmless. In responding to SEC subpoenas, it is critical that subpoenaed companies respond openly and quickly.

“It is important to not freak out and most importantly, not to delete any emails or records you may have. A quick and open response while working with the SEC is the best way to cooperate,” Skelley adds.

Subpoenaed companies need to be pragmatic when looking at the cost of handling SEC requests and be open to exploring different options.

Skelley says,“Very large financial firms usually can handle these requests with their in-house counsel, yet startups usually are not in a financial position to have that luxury or budget. If this is the case where you are bootstrapping your business and feel you have done nothing wrong, I would call the SEC and have an open dialogue with them. The SEC is friendly in that regard and wants to protect investors at the end of the day. They are pro-business and not out there to ruin your company.”

It is also important to note that most SEC cases are settled before they get to court because the SEC prefers not to be bogged by many difficult cases. In some instances, the regulator opts to issue a letter of caution, an injunction or refers the matter to a self-regulating body.

Should the matter proceed to a court of law and criminal charges preferred, concerned parties are either imprisoned or fined. In civil charges, companies almost always get fined, their licenses revoked or suspended and are required to pay back any illegal profits made.

With the current state of affairs, Andrew Hacker, founder and CEO of Thought Network, hopes the  move by SEC does not have lasting implications for the cryptocurrency industry.

He says, “My hope is that this latest move by the SEC will not discourage interest in legitimate blockchain innovation and stifle financial support for promising teams who are truly interested in building the next generation of important technologies. Frightening off would be investors severely damages the ability of true blockchain technology startups, that are struggling to continue to innovate, raise much needed funding, and denies them access to merit-based capital formation, leaving their hard-earned progress open to the taking by larger and better funded established companies.”