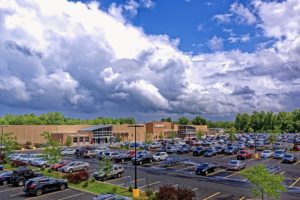 In an action referred to as ‘Walmart Food Traceability Initiative’, all suppliers of fresh leafy greens will be required to integrate their two-phase systems to the blockchain based system by September 2019.

The first phase will get suppliers to create a traceability one step back by the end of January 2019, while the second phase will involve vertically integrating the whole network into the system.

The purpose of this initiative is to increase food safety. This year, an E. coli outbreak hit 36 states in the US, leading to hospitalizations, and even deaths. The initiative hopes to eliminate such magnitudes of food contamination incidents.

The reason why the US-based retail giant is taking this step is because its initial pilot showed a significant reduction in the time taken to track food produce, from six days to two seconds, when blockchain technology is applied. The company hopes to create value in the green leaf system by having a low cost, efficient and user-friendly integrated system.

For a long time, blockchain technology has been linked to the financial sector more than any other sector. However, the news that a mega retailer like Walmart is adopting blockchain in its operations coupled with the recent World Economic Forum report that showcased 65 blockchain use cases in environmental conservation are slowly changing this perspective.

With Walmart taking the big step to integrate blockchain, it is highly likely the logistics sector could take lead in the mass adoption of blockchain technology, a view that is supported by Jose Merino, Chairman of SID Limited.

He says, “Unfortunately, blockchain was too often associated with fintech as a value asset for tender or payments. When combining the previous with the current results for the last two years and ICOs that failed to ever release a product or to generate any meaningful user-base, the outlook seems grim. But nothing is further from the truth. Past failures tend to result in massive self filtering of project funding shifts.”

Merino further holds that though blockchain technology was often associated with fintech, the future funding of initial coin offering (ICO) projects will be based on real life use cases for industry sectors or end-users.

“Basically, future funding will only go to live products that have a real industry use, as will be the case with Walmart´s blockchain logistics tracking system. I believe that the blockchain industry overall has finally come to grasp that funding has to be given only to those projects with real existing products having real use-cases for industry sectors or end-users.”