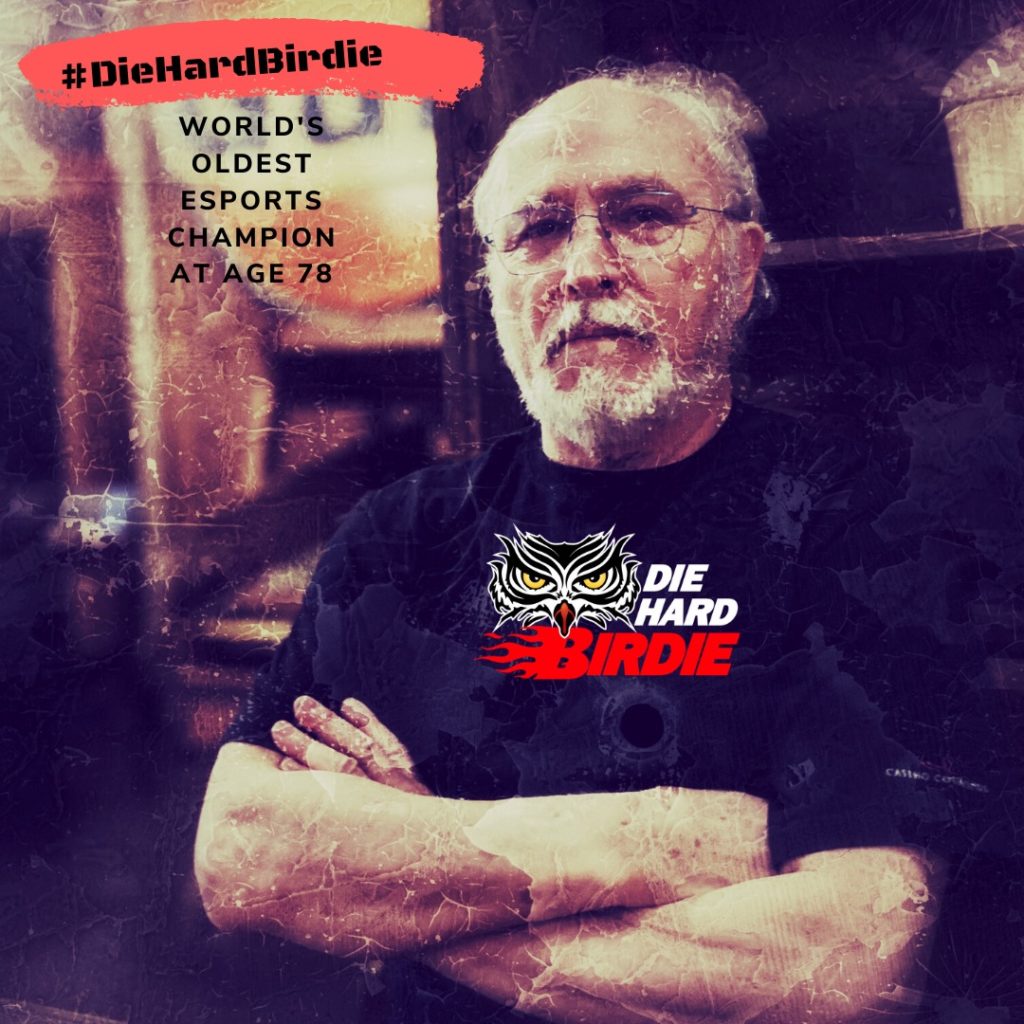 By: The Soho Loft Media Group for DSCVR

The Sweden-based oldest CS:GO world champion at 78 years of age promotes his Twitch channel where fans and fellow Counter-Strike enthusiasts can watch his live streams

New York, April 2020 — Abbe “DieHardBirdie” Borg, who came out in the latest DSCVR TV show, recently revealed that he joined the popular live streaming platform Twitch. The 78-year-old champion calls out to his fellow seniors, gamers, and streamers to watch and support his Counter-Strike: Global Offensive (CS:GO) streams.

“I recently created my own Twitch channel where I hope to interact with more people who like to play games like me. I have seen other streamers and their impressive plays. I have to say, I am very inspired by the younger generation,” DieHardBirdie noted.

Through eSports, DieHardBirdie encourages more people to play games with their family members and friends from all generations. Playing games has kept his mind and body stronger and more active and improved his overall health. “At 78 years old, I may be a bit older than most but it’s never too late to learn something new. We do not know what might happen, but you might end up winning a championship or become a world-famous eSports gamer,” He added.

“I have plans to create my own eSports team. Our team will be called Die Hard Snipers. I am looking to recruit military and police veterans that are 50 years old and above to play for my team. Their real-life experiences, survival skills, and tactics are essential to the development of the team. I am looking forward to meeting our veterans and to play with them,” DieHardBirdie shared.

You can watch his streams here: https://twitch.tv/diehardbirdie/. The DSCVR TV show episode featuring him will air this 2020.

DSCVR is a 30-minute interview-type, magazine-type, or mixed-format TV and video show produced by The Soho Loft Productions division of The Soho Loft Media Group, a subsidiary of LDJ Capital Inc. which is based in New York. DSCVR is the investigative reporting of renowned global investor David Drake.

DSCVR showcases unique individuals, organizations, corporations, and institutions that embody ideas and innovations that change the game and create new paths. The series does a deep dive into the lives of leaders and pioneers who exemplify independent thinking and creative collaboration as they actively bring success stories to life.