The Real Reason Financial Institutions are Uncomfortable with Blockchain 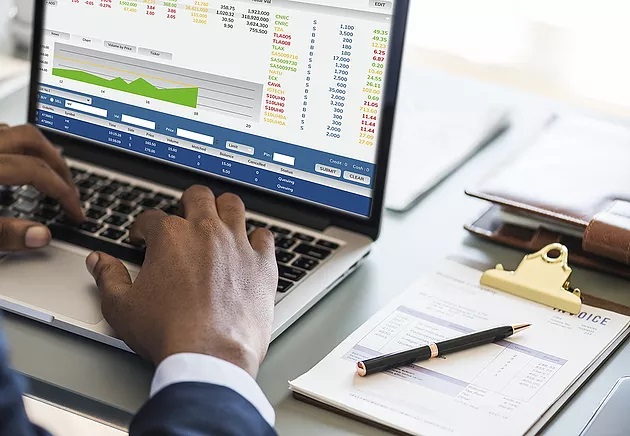 The emergence of blockchain technology has brought hope for faster, more secure and more affordable transactions for entities across sectors. Since its invention, the technology has become a basis for innovating solutions to address pressing problems in conventional systems due to its ability of increasing transparency.

Blockchain-based projects include platforms such as IOU, designed to improve e-commerce, and BlockVest, a virtual platform that enables investors to manage their digital asset portfolios. But not all blockchain innovations have to do with business and investment. URAllowance is setting up a blockchain platform to enhance interactions between parents and their children. On the other hand, SportsFix is utilizing blockchain to improve access to sports contents for sports fans.

But while the biggest application of blockchain technology is expected to happen in the financial sector, concerns are emerging regarding whether or not the technology can handle  demands from financial institutions.

Over the last 2 months, central banks have raised concerns over blockchain’s ability to go mainstream. In May, a local media in Russia reported central bank first governor, Olga Skorobogatova, saying that blockchain is not mature enough for large scale application. In the US, Western Union CEO raised concerns that six months after initiating trials of Ripple’s XRP, the company is yet to experience reduced costs or faster payment transfers.

For some players in the cryptocurrency space, the concerns raised by Western Union leave a lot to be desired. Alex Karasulu, CTO and founder of Optdyn, notes that the money transfer giant is one of Ripple’s competitors. The later is striving to remove intermediaries and so it is logical for Western Union to feel threatened by the entry of blockchain technology.

While the concerns raised by banks are valid, it is still too early to expect full scalability of blockchain technology because it is still in its early stage. The technology needs further research and development in order to scale at a bigger level, according to Denis Farnosov, founder and CEO of Alfa Token.

He says, “Large-scale use cases and proof in the financial sector would be extremely beneficial for increased blockchain adoption. The technology is early stage now and the concerns about security, regulation and scalability can only be resolved with greater development and maturity. As more financial enterprises test and implement blockchain projects the proof of value will lead to greater adoption in the industry.”

According to Thomas Labenbacher, co-founder of the new ‘Any Asset’ Bank52, continuous development is to be expected of any technology, including blockchain. As such, performance improvements to address this will be witnessed as the technology undergoes further development.

Thomas Labenbacher, co-founder of the Fidor Bank Group entities, is Partner in the Life.SREDA Venture Capital Blockchain Fund, and former Retail Director of Western Union Bank. He is a believer in digitization and is a revolutionary in transforming traditional banking into digital/crypto banking. Thomas has been named a Top 30 Fintech Influencer.

Some players in the cryptocurrency space feel that the rate at which blockchain is evolving is fast. Massimiliano Rijllo, CEO of Coinnect SA, predicts that the technology will be ready for scaling pretty soon and players across the sectors need to be prepared for that.

He says, “Blockchain technologies are evolving very fast and I think we will soon see large scale adoption also in the financial sector. Considering the impact and speed of blockchain innovations, with ‘wait and see’ approach, you are setting yourself up for failure.”

Furthermore, Rijllo compares blockchain to the internet and predictions that were made about its collapse. He says, “The actual scenario reminds me of what happened in the early days of Internet when many Enterprises, Banks and Telcos expressed concern about Internet as a safe medium for Corporate and Financial transactions. We should bear in mind some famous quotes like the one made by Robert Metcalf in 1995. He predicted that the internet would gain popularity then come to a catastrophic collapse in 1996.”

This didn’t happen and more than two decades later, the internet is still here. But it is Reginald Ringgold, founder of BlockVest DEX who really paints a clear picture of how blockchain will enhance transparency and build trust among different entities. According to him, cryptography will replace intermediaries to ensure trust as all participants who run complex systems get to authorize the authenticity of an entire network.

For this to be realized, Maverick Barona, CTO at Playfold recommends toning down negative pronouncements about blockchain.
He says, “Large financial institutions have always been trailing the tradition technology adoption curve by comparison to enterprise peers. This is contributed by the general lack of competition, the negative-risk incentive, and the build vs. buy consideration, which is largely dominated by developing internal technology. Regardless of implementing blockchain protocols, financial institutions have a myriad of internal channels that need to be navigated prior to adopting any new innovations. Any unfavorable external pronouncements from the sector will only increase skepticism and prolong approval of integrating blockchain.”

It will be interesting to see how blockchain evolves to deliver on this promise, not just for the financial sector, but for other sectors as well.