Stellar-Based Platform Pinnacle Is All Set to Revolutionise Trading 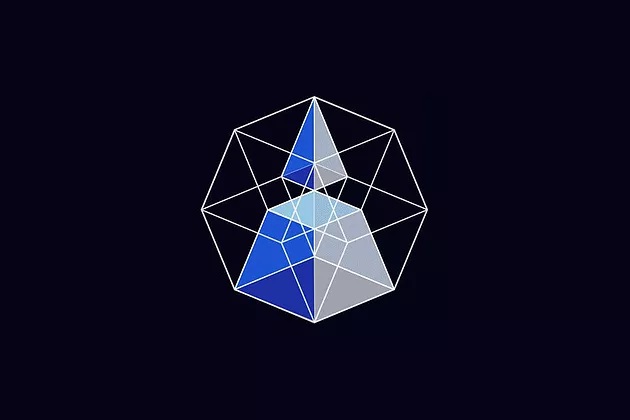 Humans have been trading tangible and intangible assets for thousands of years getting used to taking advantage of opportunity wherever it exists. A human, whose one of the major activities for a long time was trade, is the creator of money and the inventor of that form of multiplex commercial relations, which we have today. However, when it comes to trading platforms we have been pretty much stuck.

In fact, not much has changed in the sphere, with the exception of computers’ mainstreaming, which resulted in online trading had become an extension of traditional one. It may have made it easier to “e-trade” securities and other assets across the globe, but there is still the problem of having to register on multiple platforms and the weariness of having to track a portfolio spread over dozens of websites and applications. This not only decreases the overall effectiveness of professional traders, but also challenges novice traders, who are trying to experiment with new markets and opportunities.

Pinnacle, a Stellar-based trading platform, is planning to become a gateway to all the exchanges in the world. This ambitious project is going to allow traders to conduct trades in asset classes such as currencies, cryptocurrencies, stocks, futures, commodities, options and CFD.

The Central Hub of Trade

This is expected to not only allow for easier trading, but also unleash new opportunities in the form of taking advantage of arbitrage. In order to understand the magnitude of this, it is best to refer to a blog post by Edward J Dale, a developer at Pinnacle, who describes the platform’s future saying:

“Pinnacle will be the central hub through which all other brokerages and exchanges, whether centralised or decentralised, can interact.”

How Will Pinnacle Work?

Pinnacle is based on Stellar’s blockchain technology. At the heart of Pinnacle’s trading platform is its utility token – Brilliance (BRIL), which has quite a fast block time of only 3.5 seconds allowing for fast execution of both: trades and arbitrage.

However, BRIL is not only going to be used for trade execution, but pretty much for everything else on the platform like transactions, fees, commissions, bonuses, subscriptions and purchases of services that other users will offer on the platform.

According to Pinnacle, a number of exchanges, which have already made themselves available to the platform, include: Bittrex, Poloniex, Cryptopia, Bitfinex, Kraken, 1Broker, Metatrader, TD Ameritrade and other forex, commodities and stock trading exchanges. Barclays Bank has also expressed their interest in the platform.

Pinnacle would be selling BRIL tokens through an Initial Coin Offering (ICO). Since BRIL has cleared the Howey test, it is available for purchase by citizens of all countries except China. The token would be listed on major exchanges after the ICO concludes. The crowdsale has already begun on January 31, 2018 and will last until April 25, 2018.

A total of USD 26.99 mln worth of tokens are being offered on sale, all of which are available for the public to purchase.

Pinnacle has released a whitepaper that contains project’s and ICO’s detailes. Also, terms of participation in the ICO are listed on the project’s website.

A Strong Team at Core

Pinnacle is supported by a strong team with crypto and  trading backgrounds. Roman Guelfi-Gibbs, who began trading a young age of 16, is the Project Leader at Pinnacle. He has devised a new way of predicting market movements using WD Gann’s writing as a reference material.

He was responsible for the creation of perfect automated trading algorithms that have been giving consistently high returns. He is the author of multiple successful e-books and a BTC investor since 2012. Roman has also had a career in law enforcement.

David Drake is an advisory member of the board at Pinnacle. He has a background in financial products and services with his family office LDJ Capital acting as GP&LP investors. His investments have over 50 global directors that maintain relations with institutions and family offices with USD 1.5 tln in assets.

LDJ Special Situations have invested USD 100 mln in Alibaba and Palantir, while LDJ Real Estate is due to acquire class A core rental properties and hotels. David is a digital automation advocate, who has lobbied the US Congress, and has also represented the US Commerce Department at the EU Commission in Brussels and Rome.

Simpler Trading is Need of the Hour

Pinnacle is believed to simplify the way both professionals and novices conduct trades. The strong background and experience of its founders have ensured that the platform provides training to those, who need the most, the beginners. They have included the YamaCat trading course so that those who need help can get it.

1:1 trading of crypto and stocks would also be of a great help to investors, who are just beginning their trading journey.  The ability to copy or follow professional traders is also a boost for lay investors. On the other hand, experts would be able to market their own tools, indicators, subscriptions, bots and private group membership.

Charting app, proprietary trading strategy signals and encrypted group messaging as well as the ability to conduct monetised communication for off trade recommendation subscriptions are some of the other features that professionals may enjoy on the platform. Pinnacle and Brilliance will work to the advantage of most class of investors and traders living up their potential to revolutionise trading forever.