Should gains on digital coins be taxed? 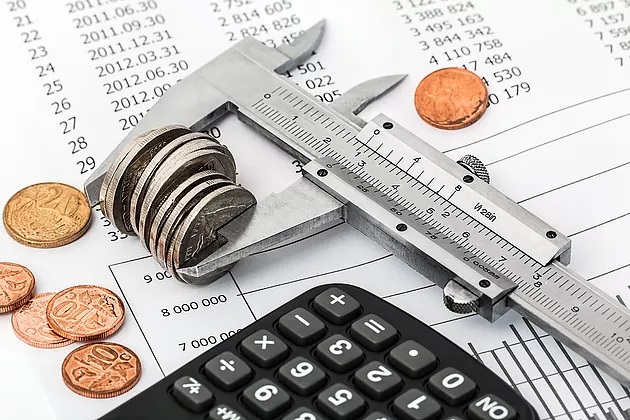 It appears that the government is determined to scrap its plan to shut down exchanges of cryptocurrencies in the face of strong opposition from individual investors.

On Jan. 23, the financial authorities announced that banks will begin issuing new trading accounts for digital coins Tuesday under a new real-name account trading system. Under the plan, current anonymous accounts for virtual coins will be banned.

This can be taken as a sign that the government will continue to allow transactions of decentralized currencies with a minimum of restrictions and regulations.

Now, attention is being paid to whether cryptocurrencies should be subject to taxation. Finance Minister Kim Dong-yeon reiterated Thursday that the ministry is mulling over the imposition of taxes on capital gains from such trading.

There is no consensus on the issue but most analysts believe that taxing gains on cryptocurrencies will be a step in the right direction. They expect taxation to help reduce speculative investment.

“Right now cryptocurrencies are mostly stores of value, not means of exchange. They are not primarily used for payments, but rather to speculate on and try to make money with,” Mauro Guillen, director of the Lauder Institute at the University of Pennsylvania’s Wharton School, told The Korea Times.

“Therefore, the government should regulate them as a way to protect investors,” he added. “And if someone makes a profit by buying and then selling bitcoins, it should be taxed just like any other capital gain.”

The analysts think that cryptocurrencies should be viewed as new investment products just like any other financial asset, such as stocks, so any move to tax gains on them sounds reasonable.

“It makes sense to treat its earnings just like other assets, which include capital gains tax.”

In Stangarone’s view, while digital currencies have helped to ease transaction costs for international purchases, for many they have become an alternative investment vehicle.

“The United States, for example, taxes capital gains on trading in international currencies, so taxing or crediting the gains or losses from what is becoming a new investment vehicle is a natural step,” he said.

“Additionally, placing cryptocurrencies into the same category as traditional currencies and taxing gains may also help reduce some of the speculative bubble that is taking place.”

On the other hand, opponents to the taxation idea claim that the government should apply “fair and equal treatment” to transactions of digital coins.

James Rooney, vice chairman of the Seoul Financial Forum, said that taxing them is foolish and unnecessary, and just makes society even more complicated.

“We do not apply taxes to capital gains or losses on stock investing in Korea, and we should not tax capital gains or other forms of income and losses due to valuation effects from cryptocurrencies,” he said.

“Taxes should only be applied where you need to generate social revenue to support useful social development and human welfare, and should not be used as an attempt to distort human behavior from its natural course,” he said.

Massimo Massa, professor of finance at INSEAD’s Singapore Campus, said, “If capital gains are not charged on other transactions or on wins at local casinos, I do not see why they should be applied there.”

In casino, any gains from table games, such as roulette and blackjack, are not taxed, while profits from slot machines are subject to taxation.

“If they are already applied on other asset classes, they should be applied as well. Fair and equal treatment.”

David Drake, chairman of The Soho Loft and LDJ Capital, a New York City-based family office that invests in bitcoins for clients, said that it is inevitable that governments are going to want to earn capital gains revenue from cryptocurrency trading.

“In response to this I think we will start seeing more decentralized autonomous exchanges where governments will not be able to tax capital gains,” he said.

“The taxation may be used to the mass market but to the original users of cryptocurrencies we pursued this for freedom from centralization.”