SEC Regulations: Why Trading Platforms and Exchanges Must Comply 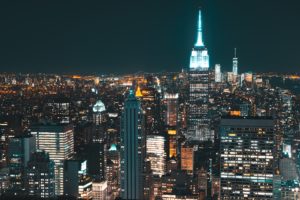 Since its inception, the cryptocurrency industry has largely been unregulated. This has created a less rigid environment for innovative, blockchain-backed companies like BlockVest and AnthemGold to raise funds to finance their projects through initial coin offerings (ICOs).

However, the unregulated cryptocurrency space has created opportunities for scams. To guard investors against fraudulent actions, there have been calls to governments to put regulatory measures in place. In February this year, the Securities and Exchange Commission (SEC) targeted 80 ICO companies that it believed were in breach of securities laws with subpoenas.

The regulator could be planning to launch another crackdown, this time on cryptocurrency exchanges. Earlier this month, the agency, through its Director for Trading and Markets Division, Brett Redfearn, said it is surprised that despite several cryptocurrency exchanges operating in the US, the level of self-reporting is quite low.

This follows the clarification made by the SEC chairman that tokens and digital asset offered in ICOs are classified as securities. As such, exchanges that trade in such digital assets are expected to comply with the traditional financial market laws.

William Cartmell, the legal officer at Lavish Crypto Pty Ltd, attributes the low self-reporting to the fact that the industry is still new and tech persons who run most platforms are not aware of the need to register with the SEC.

He says, “Some factors that could be discouraging exchanges from self-reporting to the SEC include the fact that the industry is new and leaders may think there are no rules. Also, major companies in the industry are run by tech minded people who don’t know that regulations are needed to keep everyone honest and not financial experts.”

As such, Cartmell thinks the SEC needs to do more to educate industry players on the process of complying with the securities laws. “The question I think most people have for the SEC is how they can register their ICOs and the process of getting licensed as a security,” he adds.

On his part, Varun Mayya, CEO at Avalon Labs feels there is an infrastructural challenge. A communication gap exists between the SEC and cryptocurrency exchanges which makes it challenging for them to self-report and comply.

He says, “It seems like a communication gap is appearing between regulators and exchanges. Plus, it is a hard task for a bigger exchange to switch up their infrastructure and provide transparent reporting which might not have been built in from day one. In my belief, things will change in time.”

To a large extent, players in the cryptocurrency space feel the industry needs to be regulated. As they go mainstream, digital assets will be classified as securities to reduce fraud according to Cartmell.

“My view on this is that digital assets such a coin offerings would eventually be classed as a security and have government regulations to make the investment vehicle safe for people to invest in as it becomes more mainstream. As we have seen over the last months, the level of fraud committed by people during ICOs is high,” he says.

On his part, Carl Kirchhoff, CEO at SportsFix feels regulation is good for the industry because it will improve public perception of cryptocurrencies. In his view, exchanges could be opting self-reporting to the SEC because it will expose underhand practises.

He says, “Regulation is inevitable and is good for the industry. Certain exchanges may be reluctant for oversight and regulation as it may expose the public to potential shortcomings and failings of the exchange to prevent price manipulations.”

He further adds that exchanges are wary of the impact such an exposure could have on their operations.

“Lack of oversight leaves exchanges vulnerable to pump and dump schemes. If regulators were to find evidence of these schemes it could irrevocable destroy the trust in the exchange and lead to a mass exodus clients. We have seen the recent spat of security breaches greatly hurt not only exchanges but the general public perception on cryptocurrencies as well. In my view, to get the public and most importantly more retail investors in the space, we have to create fair, just, and transparent markets,” he adds.