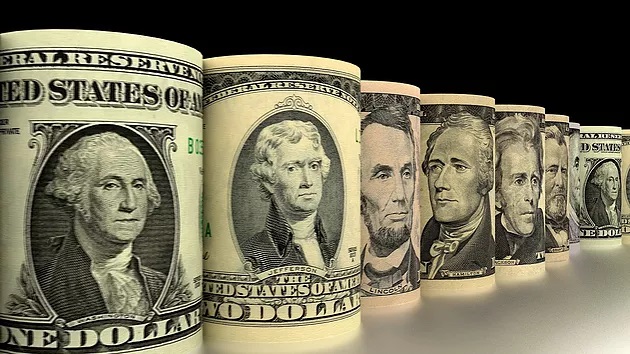 Global spending on research and development has reached $1.7 trillion. 80% of this amount was spent by only 10 countries, the highest being the United States, followed by China and Japan in terms of percentage GDP.

To a large extent, research and development spending reflects the importance a country places on innovation, which is the foundation of many technological breakthroughs in the business sector. Once a country stops prioritizing, or including R&D in its annual budget, that becomes the beginning of business stagnation. But research findings are of no use unless test cases are done in the field.

According to Iagon’s CEO, Navjit Dhaliwal, the impact that this industry will feel following the mainstream adoption of blockchain technology is undeniable. He says, “With adoption of blockchain technology having a 151% surge in growth last year, the room in the industry has opened up for companies like Ripple and Binance to come in and capitalize on the inevitable future of the cryptocurrency job market.”

The banking sector will also be revolutionized by blockchain, according to Thomas Labenbacher, CEO and co-founder of Bank52. In his view, virtual currencies will eliminate middle men in the sector and eventually replace the financial system that is being used now. Bank52 offers services to companies so they can utilize blockchain technology. It is designed to empower people to manage their assets and gives regulated access to different forms of banking services using any currency and asset.

Blockchain companies are also keen on researching blockchain application. A raw technology needs to be polished in order for it to shine, so the more this technology can be applied, the better for the company that runs it.

Luis Manuel López, General Coordinator at the WorkChain Centers says, “The main technological platforms (Ethereum, Blockchain, Waves, Nem, Hyperledger, etc.) have created funds to develop and implement these technologies. The projects that make up this initiative are Golem, OmiseGO, Raiden, Maker, Cosmos and the Japanese company, Global Brain. Although the members did not clarify how much capital the  Ethereum Community Fund (ECF) will have, some media estimate that initially they will have more than 100 million dollars between fiduciaries, coins, ethers and other cards of the participating projects.”

Big corporations and financial institutions are also into their own blockchain research and development. This is understable since blockchain technology is rather new, and still many things about it must be studied to develop more applications.

Lopez says, “The large corporations and financial entities are creating platforms for the study and development of Blockchain applications that grant them great economic resources (we have the example of the Alastria corporation in Spain). And no less important is the decision of several governments (China, India, Russia, USA, Korea, etc.) in the creation of large funds for the development of Blockchain technology.”

China has the highest number of blockchain patents in the world, an aspect that is indicative of intensive research in the field. During the second financial quarter of this year, the government of Hangzhou decided to invest in a venture-backed company,  Tunlan Investment which is working on blockchain. Together, the two launched Blockchain Industrial Park in Hangzhou with a combined funding of $1.6 billion.

“The ‘novelty’, the ‘notoriety’ and the ‘fashion’ ensure an increasingly widespread use of this technology  in the coming years, surely the question we should ask ourselves would be the following: Is the Blockchain technology oversized?” Lopez adds.

Huobi exchange has not been left behind according to the CEO of Pecunio Blockchain Technologies and member of the supervisory board of Pecunio Venture Fund, Reinhard Berger.

He says, “Huobi exchange has obtained funding of over $1.6 billion for their Chinese Blockchain Incubator, Huobi Labs, which is also referred to as the ‘Xiong’, a Global Blockchain Innovation Fund’. This will incentivize developers for faster developments cycles for Blockchain projects and their mainstream adoption.”

Huobi, originally based in mainland China, relocated to Hong Kong after China put a clamp on crypto trading in October 2017. The relocation opened a gateway for Chinese crypto traders to enter the global market.

From being a mere phenomenon 2 to 3 years ago, blockchain is steadily gaining its own merit. Several factors are contributing to its mainstreaming and research is definitely at the core.

Dhaliwal says, “While the market and adoption continue to grow at a steady pace, Ripple’s decision to develop the ‘University Blockchain Research Initiative’, and Binance’s choice to open the ‘Social Impact Fund’, have the ability to act as a couple of the many catalysts to encouraging the mainstream adoption of the Blockchain.”

He adds further, “Whether it is by funding new blockchain and cryptocurrency projects, or providing students with the knowledge necessary to aid in the productivity of the continually evolving financial marketplace, initiatives like these are critical in the widespread adoption and technical innovation of Blockchain technology.”

Each space in the business sector, such as derivatives, must be conquered to truly say blockchain has landed smacked into it. According to Reginald Ringgold, founder of BlockVest DEX, the biggest champion of the Common Domain Model (CDM) as the key to making blockchain a reality in the derivatives space is HSBC.

To boost productivity and efficiency in the multi-trillion international trade, HSBC made the world’s first ‘trade finance transaction’ in a single blockchain platform on May 14, 2018.

“If the capital markets transition to the Common Domain Model, then this will open up a world of opportunities to standardize data structures, lifecycle events etc. Ultimately this will bring a lot more liquidity into the market and calm some of the volatility within the Crypto markets. It’s a pivotal time for Blockchain and the Fintech sector, as ISDA is expected to release the first iteration of the blockchain-compatible version of CDM early this summer,” Ringgold adds.

Conducting in-house studies, incubating businesses, adopting CDM, research and impact initiatives are just a few ways that blockchain is getting mainstreamed. With time, we will be seeing the technology gain traction in many other sectors.