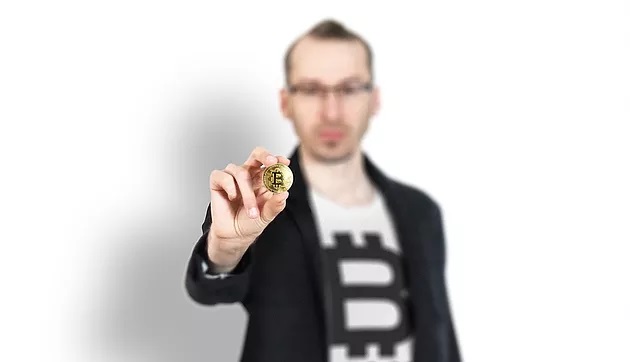 After plunging to a low of $10,776 on December 22, 2017, Bitcoin is well on its way to recovery. As the year progresses, Shopin Founder, Eran Eyal notes that several factors are working in favor of the largest cryptocurrency by market capitalization and price.

“There are many initiatives pushing it forward and I believe it’s on a track to $25k-30k this year. Majority of crypto funds are mostly Bitcoin and Ethereum, usually 70%, with the rest being a diversified portfolio of alt-coins like Litecoin, Ripple, Monero, Bancor, Dash topping the list. Even if Bitcoin plunges to $8k, it’s on a path upwards. That’s what ultimately counts, the trajectory,” Eyal says.

Bitcoin has responded positively to news that an institutional investor linked to tech billionaire, Peter Thiel, has invested $15 to $20 million in the cryptocurrency. Some players in the market see this move as a vote of confidence in Bitcoin which could give it the boost it needs to stay above the $10000 mark.

Sapien’s CEO and Co-Founder, Ankit Bhatia says, “Bitcoin is unlikely to drop below $10,000. Peter Thiel’s Founders Fund has recently bought a large amount of bitcoin, which will result in a short-term price increase. The public is always more confident of investments when there are big names behind them.”

Even so, this isn’t the only advantage Bitcoin has over other cryptos. Like other innovators, as Facebook, Google and Amazon that dominate the market because they were first on the scene, Bitcoin has brand recognition going in its favor. This makes it more prestigious than other cryptocurrencies in the market.

“Bitcoin remains the OG, the original. The distribution of Bitcoin and it being the underlying form of measurement of the progress of other coins is undeniable. New players to the world of crypto should recognize that they should not use money they, need, they have to believe the entire market is on an upward trajectory and that even Bitcoin is facing upgrades,” Eyal adds.

Beyond this, the scarcity of Bitcoins could play a major role in spiking the value of this cryptocurrency even further. The supply of Bitcoins is fixed at a 21 million coins. It’s estimated that 80%, representing about 16.78 million coins, are in circulation. Given the growing demand and limited supply of Bitcoins, we’re likely to see an increase in Bitcoin value this year compared to 2017.