Improved Regulation: Is It the Change that Japan Needs to Reduce Cybercrimes? 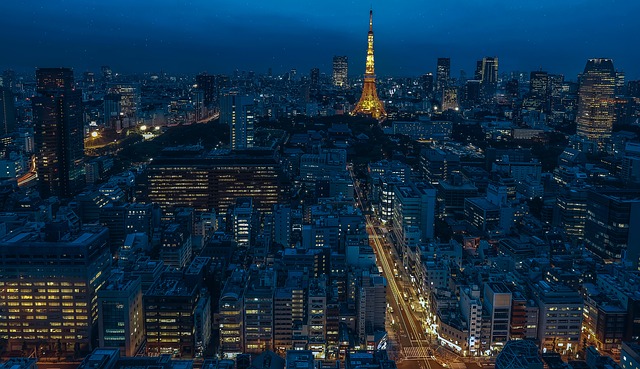 All over the world, cryptocurrency exchanges are becoming the target of hacking attacks. As a result, cryptocurrency investors have lost millions of dollars and this has affected their confidence in the crypto market. In the past, and most recently Japan’s crypto exchanges, have especially been largely affected by hacking which resulted in the loss of large amounts of money.

In January, Coincheck Japan was hacked and $523 million worth of NEM cryptocurrency stolen from wallets in the exchange. Most recently, Zaif a Japanese cryptocurrency exchange lost an equivalent of  $60 million in virtual coins.

To address these challenges, Japan’s regulator, the Financial Services Agency (FSA) has introduced new measures to counter the hacking problem and make cryptocurrency trading safer for investors. The regulator has introduced new requirements for cryptocurrency exchanges that include provision of records of meetings by new crypto exchanges showing how decisions are arrived at and the security of the computer systems. The application process has also been reviewed to include new questions.

As such, crypto exchanges will henceforth, be required to answer about 400 questions from the previous 100. This is in addition to FSA carrying out on-site inspections to verify the information provided on applications while confirming system security.

These regulatory changes have been viewed positively by players in the industry. According to Jori Falkstedt, CEO of Verifer, regulations are important to the growth of the cryptomarket, especially when more cases of hacking come up.

He says, “It is clear that hacking cases increase the control of the authorities and it is very welcome to help the development of the whole sector. The direction of development is already clearly visible and new controls and legislation take the field forward and help the big masses to venture into the market.”

Even with the introduction of these FSA regulations, there has been an increase in the number of applications submitted to operate in the Japanese cryptomarket. This has given the country a positive image on matters cryptocurrency.

As cryptocurrencies become widespread, more and more startups are tapping the their underlying technology, blockchain, and using it to create solutions in different sectors. Such startups include Noiz Chain in interactive marketing, ONe Network in social media security and LiveTradr in the portfolio optimization space. There is also HFC Coin in mortgage solutions, Gath3r in digital monetization, URAllowance in family interactions and Qupon in the digital coupon space.

While other governments around the world are still deliberating on how to handle virtual currencies, Japan seems to be forging ahead. By choosing to support and encourage the development of cryptocurrencies, the country is likely to ensure that digital currencies are being used securely and effectively, making a choice for crypto companies to set base. In addition to job creation, other benefits for the country will include reductions in cost and transaction time.

But not everyone finds the new regulations as necessarily helpful due to their demanding nature. Simon Cocking, the editor in chief of CryptoCoinNews raises critical questions on the ability of the new regulations to prevent hacking or fraud in Japan’s cryptocurrency space.

He says, “It certainly looks like centralized crypto exchanges will soon be treated under the same regulations and controls as other monetary institutions. Then again, did that ever prevent large-scale fraud (Madoff), irrational exuberance (Lehman) or simply human mistakes (think of flash crashes)?”

Further, Cocking notes the difference in structure and the fact that crypto exchanges should not be answerable to the government.

“The blockchain promise is really a different one: that of decentralization, governance by code, making government influence and control unnecessary. The future of exchanges is decentralized, with no institution answering to governments,” he adds.

All in all, FSA’s determination to forge ahead with the new regulations indicates  government’s resolve to ensure the country becomes a leader in virtual currencies and blockchain. The large number of applications made by cryptocurrency exchanges to operate in Japan is a good indicator that companies prefer a controlled environment. Even so, it remains to be seen whether hacking cases will lessen in cryptocurrency exchanges in the country.