How Vague Regulations are Hindering Compliance by Exchanges 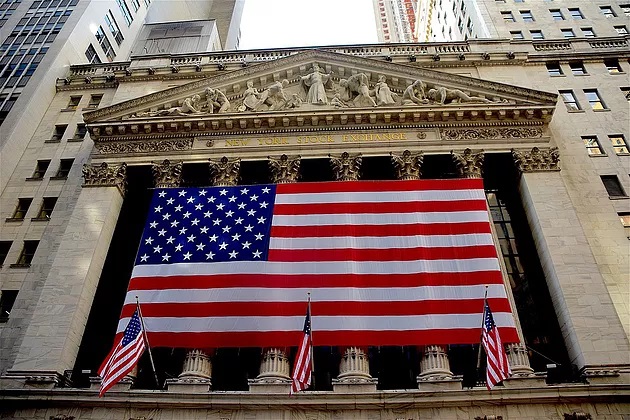 Brett Redfearn, Director at the Securities and Exchange Commission (SEC) Trading and Markets Division, has raised concerns over the lack of self-reporting by exchanges trading in digital assets. In an interview with the CBS, Redfearn termed the level of self reporting to the SEC by cryptocurrency exchanges as ‘underwhelming’.

His sentiments come shortly after the SEC Chairman, Jay Clayton, categorically stated that tokens and digital assets used in initial coin offerings (ICOs) are securities and should be registered with the agency. According to Chris Butler, president of URAllowance, the main reason why exchanges are reluctant to self-report to the SEC is the vagueness of laws that govern the cryptocurrency sector.

He says, “Exchange owners know that reporting will have an effect on their bottom line. Until lawmakers give tokens and ICOs a definitive section in the labyrinth of US laws, exchange owners will be going against opinion, not breaking laws.”

Further, exchanges may also be failing to comply with SEC’s self-reporting requirements because they want to boost trading activities on their platforms according Jori Falkstedt, the CEO of GlobalSpy.

“The exchanges are not self-reporting currently because it is more profitable for them to have as many ICOs on their platform as possible. This will naturally increase the risk of future SEC crackdown,” Falkstedt notes.

According to SportsFix CEO, Carl Kirchhoff, regulation is necessary to ensure investor protection and promote public confidence in the operations of cryptocurrency exchanges within the US.

In March this year, the SEC launched a massive crackdown on unregistered ICO companies where more than 80 companies were subpoenaed. Redfearn’s remarks is already sending jitters in the market with players bracing for an impending crackdown on exchanges.

Butler warns that exchanges that are selling tokens in the US without reporting to the SEC could be setting themselves up for a nasty legal battle in the near future. In his view, the  vagueness in laws that regulate the crypto market is a temporary gap that will soon be resolved.

Once that happens, the SEC will catch up with rogue exchanges in the country. Redfearn has assured market players that the SEC is committed to strengthen crypto regulation, and more guidelines will expected to be issued in the upcoming months.

He says, “The crypto industry will be looking more like banking industry in future. There will be requirements to have mandatory AML and PEP investigations, these kind of procedures will make the crypto industry more legit.”

Even so, Thomas Labenbacher, CEO and co-founder of Bank52 feels the SEC should take it slow. He says, “About a ‘crackdown’, we would rather there is ongoing mature consideration, and steady refinement of guidelines and regulations. We are all in a new territory, but crypto and ICOs have already moved a considerable distance from the early ‘Wild West’ days, to a more business-like and legal framework. We encourage self-reporting, along with clear guidelines from organizations such as the SEC. If this is done, the idea of a ‘crackdown’ should be greatly diminished.”

There is a lot of confusion in the cryptocurrency industry. All along, exchanges have operated without thinking they need to report to the SEC while the regulator thinks otherwise. Alex Karasulu, the founder and CTO of OptDyn feels exchanges could adopt the conservative approach being used by some players to comply with the SEC regulations.

He says, “Some companies are considering a unique yet conservative approach which involves building SEC compliance directly into token contracts, whether or not they are security or utility tokens. The functionality required for compliance entails approving transactions at the token level and are based on KYC/AML verification, citizenship and accredited investor status. These requirements make utility tokens directly comply with SEC Regulations D and S.”

While this approach will cause friction, it will put exchanges at a safer place in Karasulu’s view.

“It’s a super conservative approach. This will cause some waves in the industry while incurring greater token friction but exchanges will be safe since the protections are directly built in at the token level. Regardless of what the exchange does, tokens regulate themselves automatically. Once the dust settles and the SEC gives out proper guidance, such requirements can be eased by pulling a lever on the token contract,” he adds.