Governments and Cryptos: Are they Ready to Embrace Them Yet? 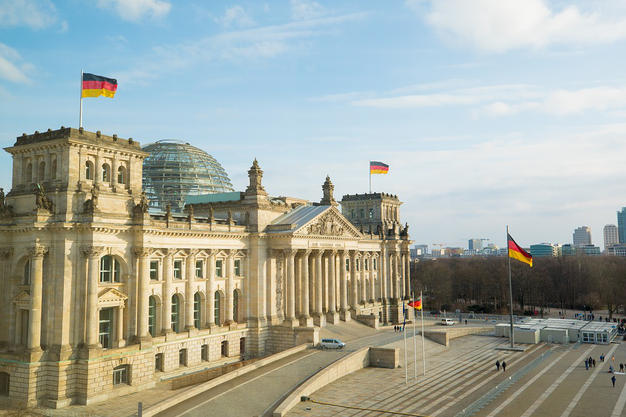 European countries are calling for crypto regulations. In Germany, Joachim Wuermeling, member of the board of Germany’s Bundesbank, told Reuters that regulation of cryptocurrencies must be global because countries cannot contain transactions made by a virtual, borderless community at national levels.

France finance minister, Bruno Le Maire, echoed sentiments made by the country’s President President when he asked the central bank to prepare a regulatory framework for the new cryptocurrency asset class. The regulation should be able to catch tax evaders, detect terrorist funding, and possible financial manipulation. A working group was created specifically for this purpose with the former deputy governor of the country’s central bank, the Bank of France, Jean-Pierre Landau, heading it.

The Treasury Committee in the UK Parliament launched an inquiry on cryptocurrencies and blockchain technology on February 22, 2018. The inquiry seeks to uncover how these will impact on the investor and business community, and how the government can regulate the new cryptocurrency assets without dampening innovations.

While the EU desires a common policy on cryptos, Switzerland is embracing cryptos. Zug, one of the municipalities in the country, is home to a number of blockchain firms which include the Ethereum Foundation.

Jay Singh, CEO of ClearCoin says, “It appears there are positive signs that governments are respecting the use of cryptocurrencies by their citizens. The emerging trend of ‘initial country offerings’ may imply a future where governments will have to retain citizens through competition with countries built on blockchain ledgers.”

Blockchain technology, which powers cryptocurrencies, is decentralized and can disrupt many industries. It can impact a country’s governance and provide funds for implementation of novel ideas, that are otherwise difficult to fund.

Garth Howat, CEO of Baanx.com says, “Governments in the UK are interested in blockchain technology and the benefits that cryptobank innovations like Baanx.com can bring to the market. There is a growing UK demand for investing in ICOs and it’s a great way to raise funds for superb ideas that will challenge current markets. I believe the UK government is keen to continue the investment flow from ICO raises for our tech firms and will put in place simple rules that will benefit the market.”

The cryptocurrency landscape has a global reach. Entrepreneurs can work overseas and still  conduct business in the U.S. or vice versa. Add to it the digital ID that everyone must have, like the one from Decentralized ID which can secure identities in the  cryptoworld, then anyone can participate in this space without fear of identity theft.

Michael Collins, co-founder and CEO of GN Compass says, “The cheer enthusiasm and will of the world community, helped by the digital world we are building will dissolve the jurisdictions/protectionism as we know them. It will not matter where you live as long as digitally, you can be identified.”

Every business transaction has a corresponding tax. If not recorded, these taxes are not collected. Since cryptocurrencies are novel assets and claimed not yet within the government’s purview, they are not taxed yet. Each digital transaction, especially in the blockchain, is recorded and cannot be altered, and they are easier to tax.

“Taxes are another motive. Governments want to understand and be immersed. Staying outside will not do it. I heard Canada wants to tax gains on Bitcoin, yet crypto is not encouraged. Who else is moving in that direction? I believe all governments are moving in that direction. Governments are under heavy pressure from the establishment to move slowly and allow them to adjust,” says Collins.

Globally, governments are gathering data and information on cryptocurrencies to understand the industry. Then, they can decide whether or not to embrace cryptos.