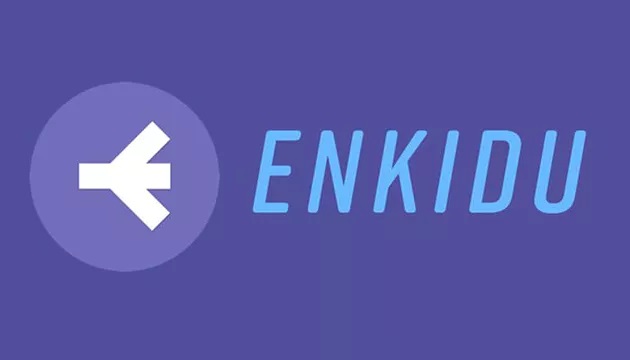 Having built multiple startups in the past, both founders of Enkidu, Varun Mayya and Shashank Udupa were disappointed by how time consuming it was to set up a new company and collaborate with individuals across the world. The auditing and legal structuring of a company has been largely undisrupted for decades, even with most companies choosing digital payments over paperwork – especially for small businesses. Enkidu was born as a replacement for small teams that want to split incoming payments “trustlessly” – by marrying what it means to be a company and a payment gateway. An absolute first of its kind; an endeavour that was impossible until the introduction of smart contracts.

The invention of the Blockchain and the decentralized economy allowed them to design a platform that would simplify the collaborative efforts of people, and even bots, via smart contracts. Their product, Enkidu, is now on the verge of conducting a token sale event and solving the problems of collaborative teamwork once and for all.

The Enkidu team is proud to announce the addition of David Drake as an advisor to its team. David is the Founder and Chairman of LDJ Capital, with investments covering 50+ global directors that maintain relations with family offices and institutions with over $1.5 trillion in assets under management. He has substantial prowess in the ICO and crowdfunding space as he has been the advisor to 15 ICOs which have raised $500 million in total for the last six months. Not to forget, he has also been a writer for Forbes and Wall Street Journal.

David is confident about the partnership as he says,

“There are a lot of challenges when it comes to online collaboration. From choosing highly skilled and reliable professionals, solving resource utilization conflicts, to managing revenue shares, creating an online venture firm seems impractical and pointless. Enkidu is not only offering a decentralized global collaboration platform, but they are also looking to transform the definition of teamwork by providing a trustless environment with the use of the Blockchain technology. I am delighted to be part of a project that has the potential to be a game-changer in the digital business industry.”

Commenting on the partnership, Varun Mayya, the CEO of Enkidu said,

“The idea of Enkidu solves our own problems. Our parent company, Avalon Labs, is involved in a lot of joint ventures across the globe. Hence, we understand this space like the back of our hands. We’ve worked with lawyers from multiple countries to take the offline dispute resolution concept, digitize it, and plug it onto the blockchain. We welcome David as a valued partner and a mentor to help us scale greater heights.”

Shashank Udupa, the Chief of Operations, also welcomed Drake into their star-studded Advisory Panel, and commented,

“Apart from the lawyers, we’ve worked with finance experts from across the globe to build a seamless payment-splitting platform that obeys the rules of a cap table and dispute resolution system. The advent of blockchain technology allows us to implement this use case with ease. We believe that David’s experience will be more valuable to us than gold.”

To know more about Enkidu, check out its whitepaper.

The Enkidu team has announced their pre-sales event which is scheduled to run from the 5th of March, 2018 to the 19th of March, 2018. All contributors making a contribution during pre-sales will be given a 40% bonus on their tokens.

To participate, register for the whitelist at http://enkidu.io