Ether Maintains a Strong Performance as 2018 Kicks Off 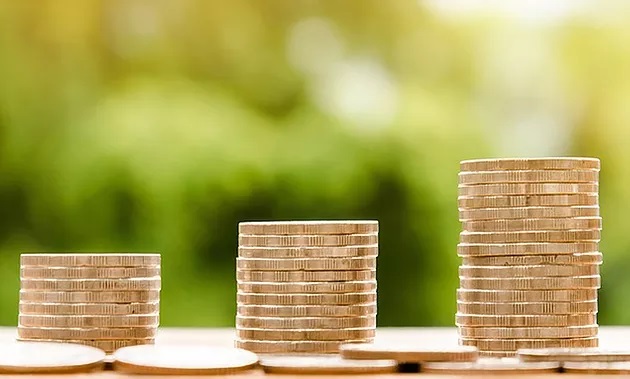 Ether, the third largest digital currency by market valuation, has started the year on a positive note, after experiencing ups and lows in the last weeks of December 2017. Ether’s price surpassed the $900 mark yesterday to trade at $914 before dropping to $886 today.

Play2Live CEO and Founder, Alexey Burdyko says, “The Ethereum price was unexpectedly volatile in December experiencing almost twofold ebbs and flows, which by large echoed the moves in bitcoin price. My assumption is that in the short-term, Ether’s price is likely to level off, trading in the range of $650-$750 on the first week of January since no major events are expected on the crypto market.”

Ether performed remarkably well in 2017 with its value rising by more than 9100% over a 12-month period. This made it the 6th best performing cryptocurrency, way ahead of Bitcoin whose value rose by 1318% over the same period. Generally, smaller cryptocurrencies increased in value during the year at the expense of Bitcoin, whose share in the market has dropped to 36%.

Ether continues to enjoy a positive outlook with players in the industry projecting a consistent rise in its value as the year progresses. According to Playfold‘s CEO, Marcus Vandea, the rise of Ether’s value can be attributed largely to the performance of Bitcoin in 2017. At its highest price, Bitcoin traded at $19700 in early December 2017 compared to $1000 in January.

Vandea says, “Ether will continue to climb and reach $1000 by the end of January. This is because more individuals and businesses are exploring crypto currencies, enticed, but also put off by Bitcoin’s roller coaster. Ethereum is the most widely used network and the perfect candidate for mainstream domination.”

But Bitcoin’s performance in 2017 isn’t the only thing that will create demand for Ether this year. The capacity of Ethereum’s network to process transactions fast and at a lower cost is a major advantage for Ether.

“Ethereum transactions are faster and cheaper compared to Bitcoin network in its present state. The crowd understands that. As a result, they start to transfer their bitcoin investments to Ethereum, giving an impetus for an Ethereum price increase. So, I believe it is absolutely possible that we see Ether hitting $1,000 this year after all.” Burdyko notes.

Ethereum’s underlying smart contract technology is another major advantage for Ether. In 2017, the technology attracted numerous companies seeking to raise funds through initial coin offerings. The ability of smart contracts technology to address real challenges has also captured the attention of corporations, such as Microsoft and JP Morgan, who are now part of the Enterprise Ethereum Alliance.

Using the Ethereum network, users can develop digital tokens to serve as assets, virtual shares or proofs of membership. Smart contracts created on the Ethereum network are compatible with most exchanges and wallets. As more companies adopt the Ethereum technology, we will continue to see its demand increase and this will push Ether’s value up as the year progress.