Dogecoin Could Face Challenges Competing in the Coin Market, Here’s Why 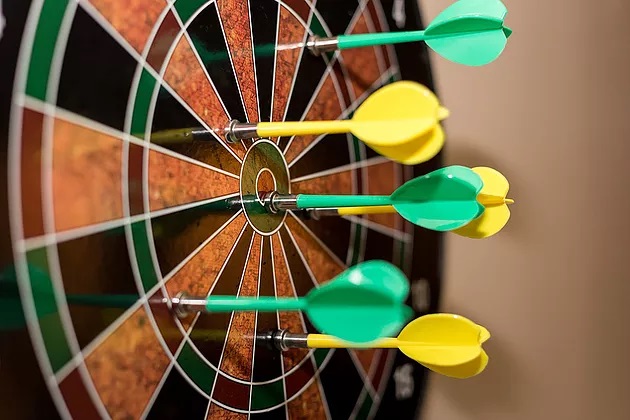 Dogecoin made headlines this past weekend when its value hit the $2 billion mark briefly,  up from $24 million about a year go. At the time of writing this article, its market capitalization had dropped to $1.4 billion according to the CoinMarketCap. As a cryptocurrency that was developed as a joke, and not being updated for almost two years, it’s hard for some players in the crypto market to take its performance seriously and begin seeing it as an avid competitor.

“Dogecoin’s market cap touched $2 billion this week, but it is hard to take seriously, a currency built on a lark, that hasn’t had a software update in two years since the founder, Jackson Palmer, last held it as a currency. Dogecoin users are spending a small portion of their disposable income on novelty, entertainment, and charity; almost in a backhanded, kind of way. I believe it speaks to a large pent up demand, for greater offerings of value, in the cryptocurrency space,” notes Sheldon Corey, President, Arges Inc./Worlds Financial Centre.

The spike in Dogecoin’s value has been associated with the high speculation that has characterized the cryptocurrency space in recent past.

Andrew Prell, CEO of Silica Nexus and Convergence 4D says, “With increased speculation in the market and the 2017 stratospheric returns tempting new, unsophisticated entrants all cheap crypto will be highly volatile. The recent demand for Dogecoin is only the first of low cost crypto currencies that will see increased exchange volume in the coming months. This year there are bound to be more losers as new and better tokens reach the market.”

For players like Playfold CEO, Marcus Vandea, this isn’t a good sign. “This is indeed the strongest argument for being in a bubble. One thing is sure, right now, coins are being valued on reputation and popularity, not their use. This will change,” he says.

But not everyone in the industry is skeptical about Dogecoin’s sudden rise. Menlo Founder, Matt Nolan, sees Dogecoin’s market cap spike as an indication that demand for cryptocurrencies is on the rise.

He says, “I think this marks a rise in the demand for crypto currencies with a strong brand. While Dogecoin has never had the adoption of Bitcoin or Ether, I think it’s always secretly been the communities favorite currency based on the brand. In the case of Dogecoin or any other coin, the most important signals investors should look at are what the token does and the team behind it.”

Furthermore, there is a high chance low priced cryptos will continue to attract new investors. According to Andrey Tuchkov, CEO of SOFIN.IO, cheapest cryptocurrencies have surpassed the $1 mark recently. This trend is likely to continues in future because multiple growth is more likely.

On the other hand, Play2Live CEO, Alexey Burdyko thinks it’s all psychological – people find it easier to buy many low priced coins as opposed to a small portion of highly priced cryptocurrencies.

Burdyko says, “It is much more psychologically alleviating to invest in cryptocurrency that costs $0.012865 buying a pile of the coins instead of purchasing a portion of bitcoin that has reached its psychological heights coupled with mass media streamlining the scaling issues of bitcoin network.”