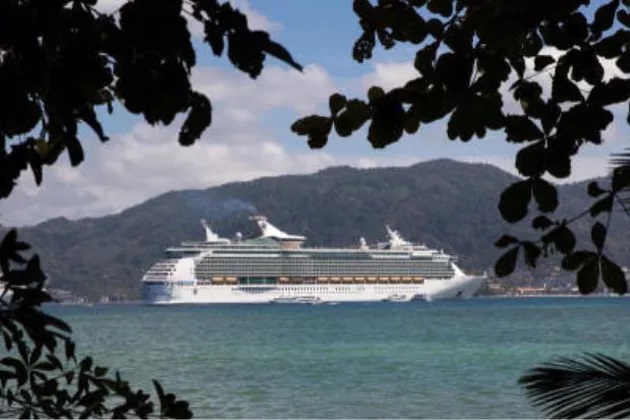 NEW YORK: Authorities around the world worry that cryptocurrencies could become tax havens.

British Prime Minister Theresa May and Indian Prime Minister Narendra Modi are among the world leaders who’ve expressed alarm at the rise of virtual cash to move money offshore.

The concern comes after a successful international crackdown on tax havens in traditional banking.

“Every country is scrambling to come up with an answer,” said Drake, who serves on the boards of 25 public and private companies. “There needs to be a regulated structure that won’t kill the industry.”

The earliest adopters of the practice were criminals, and their involvement has risen steadily, according to a three-year study by the Foundation for Defense of Democracies, a non-partisan Washington think tank.

Next came users like Drake, who said he follows US law by reporting his companies’ holdings. Drake said better oversight would help legitimize the industry.

There’s demand for fresh ways to hide assets after US and European regulators clamped down on traditional banks.

The campaign prompted many mainstream financial firms to limit customers’ access to Switzerland’s secretive banking system. That’s made it harder to hide funds from the government, courts, spouses or other prying eyes back home.

Cryptocurrency exchanges are covered by the rules, but enforcement hasn’t been consistent, particularly outside the US.

The use of virtual money to store assets offshore is evolving rapidly, with the introduction of so-called privacy coins, such as ZCash and Monero, which use methods like encryption to make them untraceable.

About US$10 trillion is held offshore worldwide, according to Grayscale Investments, a New York-based firm that’s offering a ZCash Trust to investors. ZCash could capture as much as 10% of that by 2025, said Grayscale’s Matthew Beck.

“This is the first time anyone in the world can store their cash privately and be their own bank,” Beck said. “Privacy is a dwindling resource and one that people are going to be willing to pay for.”

Even though ZCash touts the impenetrability of its encryption technology, Beck argues that government oversight is still needed.

“We don’t think this ecosystem can grow without regulation,” Beck said.

Bitcoin, the most popular cryptocurrency, is anonymous, though it can be traced, with the electronic public ledger called blockchain keeping track of every transaction. Even though all that’s revealed of buyers and sellers are strings of letters and numbers, law enforcement has developed technology to track and seize illicit Bitcoins.

Existing laws require banks to report suspicious activity, including withdrawals of more than US$9,999, while digital-currency exchanges are required to keep customer records and take similar measures.

Once Bitcoin is purchased, there’s software that can detect patterns and trace the owner, said Kerry Myers, clinical professor of forensic accounting and law at the Lynn Pippenger School of Accountancy at the University of South Florida in Tampa.

The Foundation for Defense of Democracies’ money-laundering study recommends that governments go after criminal uses of cryptocurrencies, but at the same time respect financial innovation. Most of all, the study said, regulators shouldn’t kid themselves about their ability to completely stomp it out. They can’t.

“Maybe we need to look at the lessons learned from other payment systems,” said Yaya Fanusie, who co-authored the study. “When credit cards came out, there was abuse, there were scams, there still are. But we figured out how to deal with them.”

The study looked at money laundering through Bitcoin ATMs, exchanges, gambling sites and mixers — services that convert one digital currency to another — and found that illicit uses rose steadily between 2013 and 2016, the time range of its research.

The study also found that conversion services based in Europe took in the biggest share of illicit Bitcoins, more than five times as much as North American services. Asia had a very small share of laundering, even though services in that region had the most transactions.

Any regulations would have to walk the fine between protecting national taxation interests and allowing cryptocurrencies to continue to innovate and flourish, Drake said.

“We need to distinguish between legal and illegal activities,” he said. – Bloomberg

***Image: The Mariner of the Seas cruise ship, host to the Coinsbank Blockchain Cruise Asia, sits off Paradise Beach in Phuket, Thailand on Jan 17. The use of virtual money to store assets offshore is evolving rapidly, with the introduction of so-called privacy coins, such as ZCash and Monero, which use methods like encryption to make them untraceable. – Bloomberg