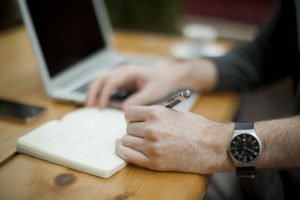 Startups in the cryptocurrency space are not just after disrupting the status quo, they are aiming at providing venture capital, competing with traditional early stage investors. Early this month, Binance, the leading cryptocurrency exchange in terms of trade volumes declared that it was setting aside $1 billion in a Social Impact Fund to finance cryptocurrency and blockchain startups.

According to Binance Labs Division Head, Ella Zhang, the company will utilize a flexible approach to help form new funds. To achieve this, Binance plans to engage fund managers who have experience in managing assets valued at more than $100 million.

At the same, Ripple has announced the setting up of a $50 million fund conducting academic research on cryptocurrencies, blockchain and digital payments. Through this fund, Ripple will target 17 universities including MIT and the University of North Carolina, Chapel Hill.

The decision by these two cryptocurrency startups has been received positively by many players in the industry. The near decade-long efforts to support the adoption of bitcoin have begun to illustrate higher application of blockchains and decentralised technologies beyond security tokens according to Tom Vivian, CEO and founder of dStadia VR eSports.

He says, “Initiatives like Binance’s “Social Impact Fund” and now Ripple’s University of Blockchain Research Initiative are putting value back into the space from which they originated. In doing so, they allow new innovators in the blockchain space to explore potential higher 3rd Industrial Revolution applications of blockchain, in nearly every economic sector.”

Vivian further adds that, “Initiatives like these demonstrate a refreshing level of corporate social responsibility and it just reaffirms to me why I love being in the blockchain space. Tacitly, the veterans in the space, familiar with it’s Cypherpunk origins know blockchain is all about one thing. People. All technology was invented for and to enable human beings. Well the blockchain space is packed with adventurous human beings seeking greater economic efficiency and putting value back, of any kind, into the blockchain space is tantamount to investing in humans and our resulting collective future.”

According to Bank52 co-founder and CEO, Thomas Labenbacher, investing in cryptocurrency projects and blockchain is investing in the future. It is evident that blockchain application will shift the way we do banking. Ultimately, there is a chance that digital currencies will replace the current financial systems and do away with intermediaries.

The flow of investment into cryptocurrency and blockchain space will create opportunities to cascade blockchain education and mainstream adoption of the technology further according to Isaiah Jones, vice president for Growth at Sportsfix.

But most importantly, these investments will go a long way in preparing the next generation to disrupt the status quo according to Alex Karasulu, CTO and founder of Optdyn.

He says, “The next generation is very open to new technologies and shifts in the establishment. They’re a natural born ally for the blockchain era which is disrupting the establishment. They’re born into the digital era and are technophiles even if they’re not IT professionals. Unlike their parents they feel disenfranchised so they are psychologically ready to see anything disrupt the status quo. Lastly, it’s a great tax write off.”