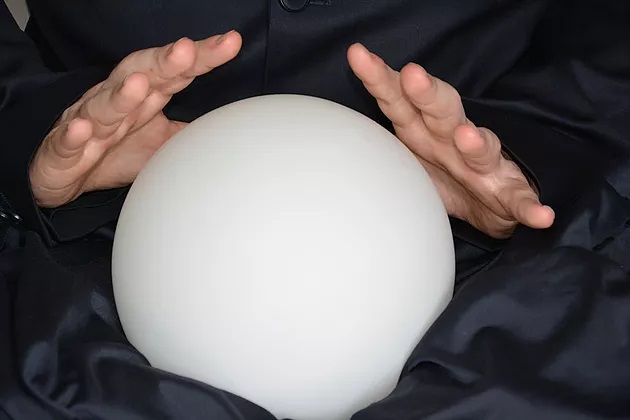 The wild growth and recent price fluctuations associated with bitcoin have investors seeking price predictions for the coming year. Investors are understandably concerned about whether bitcoin will experience a crippling course correction, or continue rapid growth. It might accomplish both.

In November, bitcoin plunged nearly 30% before sharply rebounding to hit the $10,000 price range. This recent rebound involves fueling market anxiety and the fear of missing out (FOMO) among new investors.

As a consequence, bitcoin prices will continue to rise, and assertions that bitcoin has entered bubble territory will undoubtedly intensify. However, since cryptocurrency prices are not based on earnings, the market will likely remain highly speculative and volatile. Nevertheless, bitcoin analysts are doing their best to ascertain what’s in store for 2018.

Supply and Demand as a Determining Factor of Bitcoin’s Price

For some analysts, forecasting cryptocurrency prices simply requires examining current factors related to supply and demand. In an interview with The Motley Fool, David Drake, founder of LDJ Capital, asserts that bitcoin will reach $20,000 next year. He based this number on its fixed supply. (Only a limited number of bitcoins are mined each year.)

Indeed, Drake refers back to simple supply and demand: “There’s a fixed supply of it but growing demand, when that happens the price rises.” Drake also noted that the code underlying the creation of new bitcoins is capped at 21 million lines, but only 4.3 million of them are above the current supply.

Unfortunately, without a firm measure to guide cryptocurrency’s valuation, bitcoin’s high growth market leaves analysts prone to frequent forecast revisions. For instance, in early November, analyst Ronnie Moas (the founder of Standpoint Research, Inc.) revised his 2018 bitcoin price outlook from $7,500 to $11,000. Less than a month later, he took to Twitter, and revised the amount again—to increase from $11,000 to $14,000.

In early December, he increased his 2018 bitcoin price prediction a third time: $20,000. Moas bases his optimism on the fact that bitcoin’s market cap is relatively small ($130 billion), compared to the $200 trillion currently in stocks, cash, gold, and bonds.

Moreover, Moas notes that bitcoin investors expect several positive developments to occur for cryptocurrency in the near term. They include Square’s support for bitcoin mobile payments and CME Group’s plan to launch futures trading for bitcoin. He expects that the latter will greatly increase bitcoin’s trading volume, so it would decrease its volatility. In a recent report, he stated: “An argument can be made that the good news is still not fully reflected in the current price.”

His optimism is reinforced by a short-term valuation model that he created. This model is based on Metcalfe’s Law, which says that the value of a network is proportional to the square of the number of users on the network. In other words, he believes that the value of bitcoin will exponentially increase as other investors come on board. While Lee expects a short-term correction, he firmly believes that bitcoin’s long-term prospects are bright.

Also bullish is Bitcoin enthusiast and hedge fund manager Michael Novogratz. Appearing on CNBC’s “Fast Money,” Novogratz stated, “Bitcoin could be at $40,000 at the end of 2018. It easily could.” Underlying this confidence is his belief that bitcoin will begin looking more like a currency, once a futures market is operational. (He reminds investors that such a move will encourage lending, and provide bitcoin with an interest-rate curve.)

However, like Lee, he believes that cryptocurrencies face a rocky future in the near term, complete with 50% corrections. As he recently remarked on Cryptovest, “There will be wild crashes in it because you’re going to get to levels so far ahead of where the technology’s at. It makes investing really, really exciting, but difficult.”

And Then There’s John McAfee

Perhaps most bullish of all is cybersecurity pioneer Jim McAfee. The former Libertarian candidate for US President previously predicted that bitcoin would rise to $5,000 in 2017, then $500,000 by 2020. Since bitcoin is on track to greatly exceed that price, McAfee is now predicting that bitcoin will reach $1 million by 2020. (And he famously tweeted that he will eat his d**k if it does not.)

As a non-government backed currency (or asset), bitcoin has become a favorite for people who want to get away from government policies and traditional financial markets (such as McAfee’s). If instability strikes the global economy or geopolitical environment, bitcoin could spike. At present, Bitcoin now appears to be a safe-haven asset. Tom Price, a Morgan Stanley equity strategist, argues that Bitcoin has many of the same properties as gold: It’s fungible, durable, portable, divisible, and scarce.

A Crash Is Possible in the Short Term

Other analysts are bullish on bitcoin, yet weary of a crash. Shane Chanel, an investment adviser at ASR Wealth Advisers, believes that bitcoin could possibly reach $15,000 by the end of 2018. In a recent CNN Money article, Chanel contended that any hiccups in bitcoin futures could create a “dramatic short-term tumble.”

Similarly, on the website Nasdaq, Chanel stated that a substantial correction “could bring bitcoin back to its previous level of chart support of around $7,500. That’s over a 20 percent drop from its current price.”

While predictions about bitcoin prices are generally bullish, analysts and crypto watchers now appear to hedge their forecasts with warnings about a course correction. Moreover, these prognosticators are increasingly revising their forecasts—in response to recent, unexpected growth. Together, these two developments reinforce the very speculative nature of cryptocurrency investments.

After all, crypto investors have little more than price-pattern signals and a few select technical indicators, which inform their forecasts. These issues play well to investors, who are attuned to Warren Buffett’s cynicism. (As Buffett stated, “People get excited from big price movements, and Wall Street accommodates.”) However, few people now doubt that cryptocurrency will dramatically impact financial markets or the world economy in the long term.