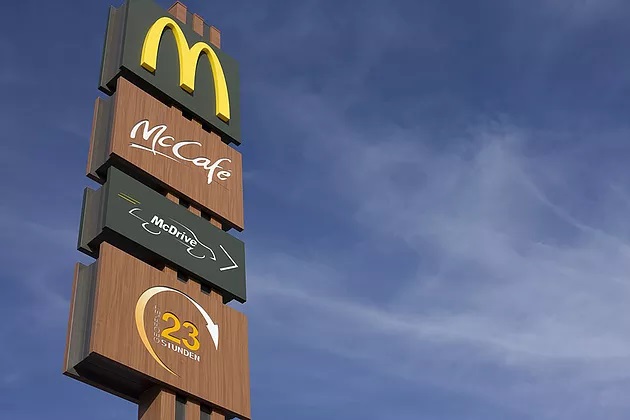 With Bitcoin’s soaring popularity and the digital currency breaking through the $10,000 mark for the first time, online bookmaker Betway expects Brits to be buying their Big Macs with the cryptocurrency before end of next year and puts McDonald’s on odds of 1/2. It also offers odds of bitcoin hitting $20,000.

The currency was tearing away higher again this Wednesday and breached the $11,000 benchmark. The uptick takes the gain in Bitcoin to more than 30% since last Saturday morning and over 900% since the start of the year. No wonder people are questioning whether this is a bubble.

But then such comments have been made for months now, if not years. And, despite a number of wild swings and some hefty double-digit percentage falls the currency has trod higher after every retreat.

It might remind some of tulip mania in the seventeenth century during the Dutch Golden Age, which is generally regarded as the first recorded speculative or economic bubble. This was when contract prices for certain bulbs reached extraordinary heights before collapsing in dramatic fashion in February 1637. As then, the words madness of crowds do spring to mind.

Craig Erlam, a senior market analyst at multi-asset broker OANDA who os based in The City of London, remarked today: “Clearly widespread acceptance and even adoption has aided the rally, but the moves we have seen in recent days suggest there has been a substantial speculative component.” And, since the CME announced late this October that it was to launch Bitcoin futures in the fourth quarter of this year the price has surged an incredible 50%.

In deciding to draw up a list of acceptors of the ‘Big Daddy’ of cryptocurrencies, bookmaker Betway Group, which launched in 2006 and is leading provider of entertainment across sports betting, casino, bingo and poker, has US retail giant Walmart “nailed on” to accept Bitcoin by the end of next year at odds of 1/5 in its novelty betting stakes, with British Airways at 1/3.

Retail favourite Argos in the UK is also short in the betting at 4/5 to allow cryptocurrency transactions by the end of 2018, while Amazon (6/4) and Easyjet (7/4) could both follow suit. Apple is a 5/2 punt to deal in Bitcoin before then, a deal that could see the currency’s value continue to climb according to the bookie.

Alan Alger, Betway’s Head of PR and spokesman in London, commenting said: “We are seeing fresh gains for Bitcoin on a daily basis at the moment, leading us to believe that Bitcoin could easily sail past $20,000 before the end of next year.”

He added: “With the steep increase in the number of people getting their hands on Bitcoin, we think it is highly likely at odds of 1/2 that the likes of McDonald’s will begin to accept it. I’m not sure how many fractions of a Bitcoin it would take to buy a Big Mac but it looks like we will start finding out sooner rather than later!”

In other special bets in the space, Betway, which as a group has a team of over 1,000 staff and operates across a number of regulated online markets and holds licences in the UK, Malta, Italy, Denmark, Spain, Belgium, Germany and Ireland, has pencilled in odds of 25-1 for any G8 Government to ban Bitcoin in 2018 and 100-1 for Ethereum to be worth more than Bitcoin at any point in 2018.

Betting on Bitcoin – Peak value before end of 2018

One can even have a flutter on which sports ground in the UK will install a Bitcoin ATM. Twickenham Stadium, often referred to as the home of rugby union, and Stamford Bridge (Chelsea FC) are both offered at odds of 7/2, while Ascot is at 5/1, Silverstone (6/1), Old Trafford (Manchester United’s ground) at 8/1, the All England Club at Wimbledon on 25/1, Lord’s (33-1), the Crucible Theatre (50/1) and Lakeside, Frimley Green (100-1).

As to the future price direction of Bitcoin, David Drake, Founder and Chairman at LDJ Capital who currently serves on over 40 ICO boards, is among those that believes it will go even higher before we ring in the New Year. While venturing that it will hit $20,000 in 2018 and will be the new global currency, he nevertheless also noted that Bitcoin needs more security.

But one did not have to look too far to find experts predicting a $10,000 price target for Bitcoin last year – even if such a prediction was within the next five years. As holders they would clearly have a vested interest in its rise.

Earlier today Bitcoin flew past the $11,000 mark, leaping $200 in a matter of 5 minutes before taking another big step higher. At one point today it was up more than 14% and the year-to-date chart is simply staggering.

Neil Wilson, senior markets analyst at ETX Capital, a firm that offers trading in Bitcoin, commenting said: “There are no fundamentals or technicals that explain this other than it being a massive speculative bubble. It is hard to say precisely where we are in the curve, but the shape of the chart is parabolic and this sort of thing never, ever lasts.”

The $64 billion question though is whether we have reached the euphoric stage or are still in the boom phase. The other question is when to get out before panic sets in. However, whilst this appears like a classic bubble, Bitcoin could have significantly further to run “before it blows”, as Wilson, a London-based Scot, posited. Caveat emptor.