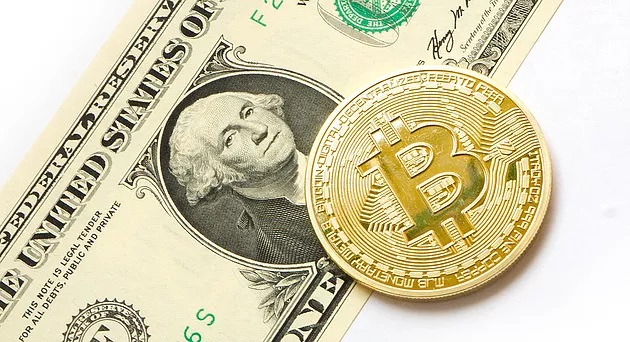 Data from Coinmarketcap.com shows a sharp decline in Bitcoin prices – from $18,737.60 in December 18 of last year to $6,252.44 on February 6th of this year. However, Bitcoin’s value had already increased to $9,959.84 as of February 16th at 21:00. Rather than a steady increase in Bitcoin’s price up to mid-December of last year, this reflects volatility of this leading cryptocurrency.

The fluctuation observed can be attributed to several factors. Eran Eyal, CEO of Shopin, says, “The price of bitcoin fluctuates as a result of multiple factors, ranging from market sentiment to liquidity.”  It’s a combination of how much bitcoin is available at any given point in time, and what the demand is.”

This is exactly what Jameel Shariff, CEO of P2PS token, said. According to him, he can think of a dozen reasons for Bitcoin volatility. He believes that, “One of these reasons is the demand vs supply in a comparatively small market, which the entire cryptocurrency space represents today.” He adds, “Bitcoin exhibits similar features to that of precious metals such as gold and is being perceived as an alternate instrument or commodity for storing value from the long term perspective.“

Another reason for volatility of Bitcoin price value is the threat of hacking. Cyberspace, where Bitcoin exchanges operate, isn’t secure from hacking, unlike the traditional financial system, like banks, which have already established protocols. Although the Bitcoin network is highly secure, Bitcoin-related services are not.

Every year, news pop up on hacking of Bitcoin exchanges. As early as June 2011, a Bitcoin user lost $500,000 in Bitcoin, estimated to be around $250 million by today’s price. In 2014, the world’s leading Bitcoin exchange of the time, Mt. Gox, collapsed after losing 850,000 Bitcoins, worth around $450 million then, and $8.5 billion by December 2017. A South Korean Bitcoin exchange is filing for bankruptcy after two hackings.

According to Shariff, the world of crypto has many more possibilities of hackers getting the better of investors’ wallets as well as the so-called secure crypto exchanges.

He says, “Currently, anything that you exchange digitally with anyone, anywhere, is not private by any privacy standards, including information exchanged on your “private” intranet corporate networks.”

Security for Bitcoin and other cryptocurrencies in the cyberspace is still lacking.

Shariff says, “Due to loopholes present in the current cyber security space, when Bitcoin disappears from wallets in a flash or huge exchanges are hacked, the remaining holders of Bitcoin press the panic buttons and dump it at whatever market price that is available to them on short notice.Therefore, we witness price fluctuations in Bitcoin transactions/trades at a scale that is unprecedented and not found in the mature and established fiat currency space.”

Eyal, on the other hand, attributes Bitcoin volatility to the imminent regulation of cryptocurrencies.

“Regulation around the world could mean the shutdown of certain exchanges which would affect the overall liquidity of the market. But more than that, it could drive the market into a panic  as adopters may feel the future of bitcoin crypto currency in general is being threatened,” he says.

To counter this volatility, he proposes increased adoption and improvements on the Bitcoin network.

“More adoption of Bitcoin within the economy or new territories, or even major upgrades in the speed of Bitcoins transactions or the costs could act as a very positive drivers for the value of Bitcoin,” he adds.