2013: What’s In Store For Crowdfunding And Angel Investors 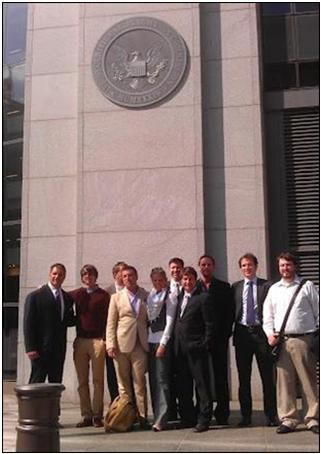 CrowdFunding will lead the way!

The first half of 2013 will be a time when self-assessed delivery, customer and consumer communication and angel experience in quality control and supply chain operations will become key topics.  Governance topics will evolve subsequently by Q3 2013.

2013 will show that the self-administration and fraud prevention software, associations and Best Practices (such created by Scott Purcell of Arctic Island) as part of CFIRA (Crowdfund Intermediary Regulatory Advocates) have dozens of steps defusing fraud in addition to the double layer policing of SEC and FINRA.  You could also consider hiring the SEC regulations and guidance from the world’s number one rated law firm in the space: Ellenoff, Grossman & Schole law firm in NYC.  Douglas Ellenoff made a considerate personal investment to emerge as the leading law firm on these topics – we have seen him, and no other practicing lawyer, at all CFIRA meetings with the SEC since their first April 20, 2012 meeting.

CEO Vince Molinari of Gate Technologies and co-Chair of CFIRA added “Investor relations and investor education are essential components of investor protection and awareness and their importance will only increase as crowd funding for business continues its rapid adoption globally.”

The arguments against crowdfunding in 2013 will evolve into best practices and common leadership – this will accelerate the crowdfunding phenomena towards the $1 trillion market we predict it to be by 2020.  The investor democratization and customer communication involvement crowdfunding allows will trigger widespread corporate implementation by Q4, 2013.

The Investor Communication manifested itself with leading foreign firms like Grow VC in Hong Kong & UK, Symbid in Holland and Seedrs in the UK.  They have now  years of investor communication tools and the results are that investors – mainly angels at this point – are in for the long haul and not necessarily for a return on capital.

Symbid confirms that their investors want to live vicariously through the efforts and innovation of the issuers.  Their Angel investors frequently roll over their investments.  The investor communication tool allows for investors to easily be updated and even vote on board members and larger decisions with the founders.

Angels will require these communication tools and the European trend reflects this as crowdfunding for equity is legal in certain countries in Europe.  One leading mind is Jeff Lynn, CEO of Seedrs in the UK and he reflects on it this way:

“In Europe, there will be increasing fusion between crowdfunding and angel networks. The notion that they are two entirely distinct concepts is an artificial one, and we will begin seeing more and more investors using both online (crowdfunding platforms) and offline (angel networks) methods to make their investments.”

However, US Angel networks will embrace crowdfunding more when crowdfunding for equity becomes legal in the US in 2014.  See our prediction for this to occur Jan 2014 at our November article Obama’s 10 Steps with SEC & FINRA to Legalize US Equity crowdfunding.

The exception will be the new broker dealers that will emerge in 2013 as crowdfunding for equity is delayed.  Leading crowdfunding for equity players like Chance Barnett at CrowdFunder and Candace Klein at SoMoLend are getting licensed as brokers and will start engaging leading angel networks in the US.  SecondMarket’s partnership with Angelist is a recent direction how the landscape is changing.  Angelist had $12 million plus in transaction by angels into start ups in December 2012.

The new angel network ‘upstart’ FundingPost run by Director Joe Rubin has been in operation for 11 years.  200 angels annually are involved in his events.  Joe added:

“We have been introducing the concept of crowdfunding and its industry leaders to both Entrepreneurs and Angels nationwide at our conferences for over a year now,” said Joe Rubin, Director of FundingPost, “We have seen the climate change from one of a completely separate industry to one of major overlap and anticipation in growing the seed-stage venture economy.”

While content is king, distribution is king kong.  Consequently we will see distribution networks like FundingPost become a major player and the crowdfunding for equity will want to partner with his 25 annually leading VC and Angel events.